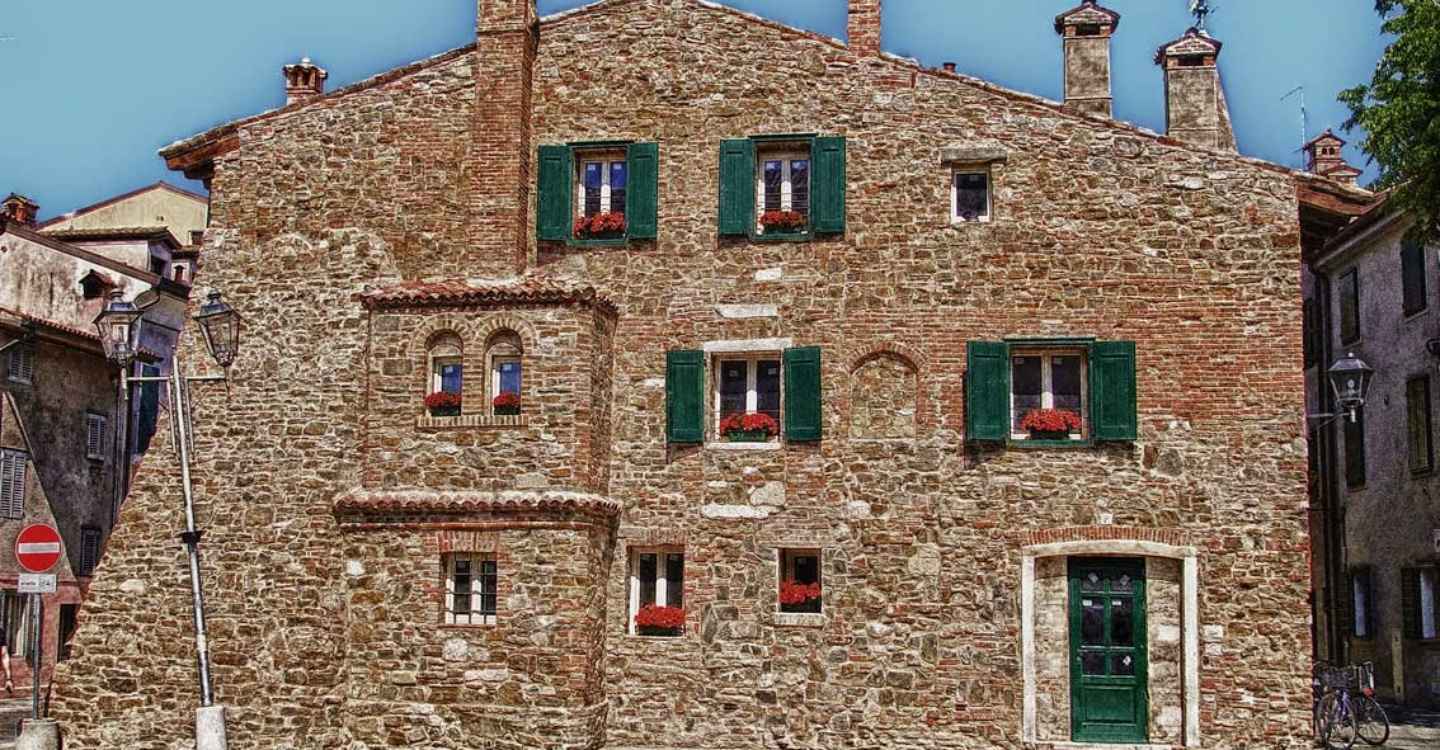 The gates of the Castrum

In ancient times, the Castrum had six entrance gates, all traces of which have been lost, except for the tower of Campo Porta Nova.

Porta Granda opened from the former Town Hall, Casa col Leon, in Piazza Duca d'Aosta, and traces can still be seen in the external wall towards Calle Lunga.

Beyond Porta Grande, there was Porta Picola, demolished in 1875 (Campo dei Patriarchi), Porta Nova (towards Piazza XXVI Maggio) - both of which have remained in the local toponomy, Porta Vecia (near the Ospizio Marino) and the pustierne (the secondary gates): Stiusa (towards the lagoon with the vegetable gardens to the north-east) and Capelana (which overlooked “Borgo de Fora” towards Piazza Vittoria or B.Marin)

Cavo-de-Palasso: today’s Calle del Palazzo reminds us of the site, on which the palace of the Count of Grado once stood. Built by Orseolo II (1009-1026), it formed the south side of the walls, whereas Cavo de Muro (Cul de Muro) was the northern part.

Opposite the palace, the “Corte di Palazzo” stretched along the wall. Mentioned in the records as a  “meadow”, this vast space once stretched as far as the Basilica of St. Eufemia.

Borgo-de-fora was the area outside the 'Castrum' wall (San Rocco-Via Gradenigo).