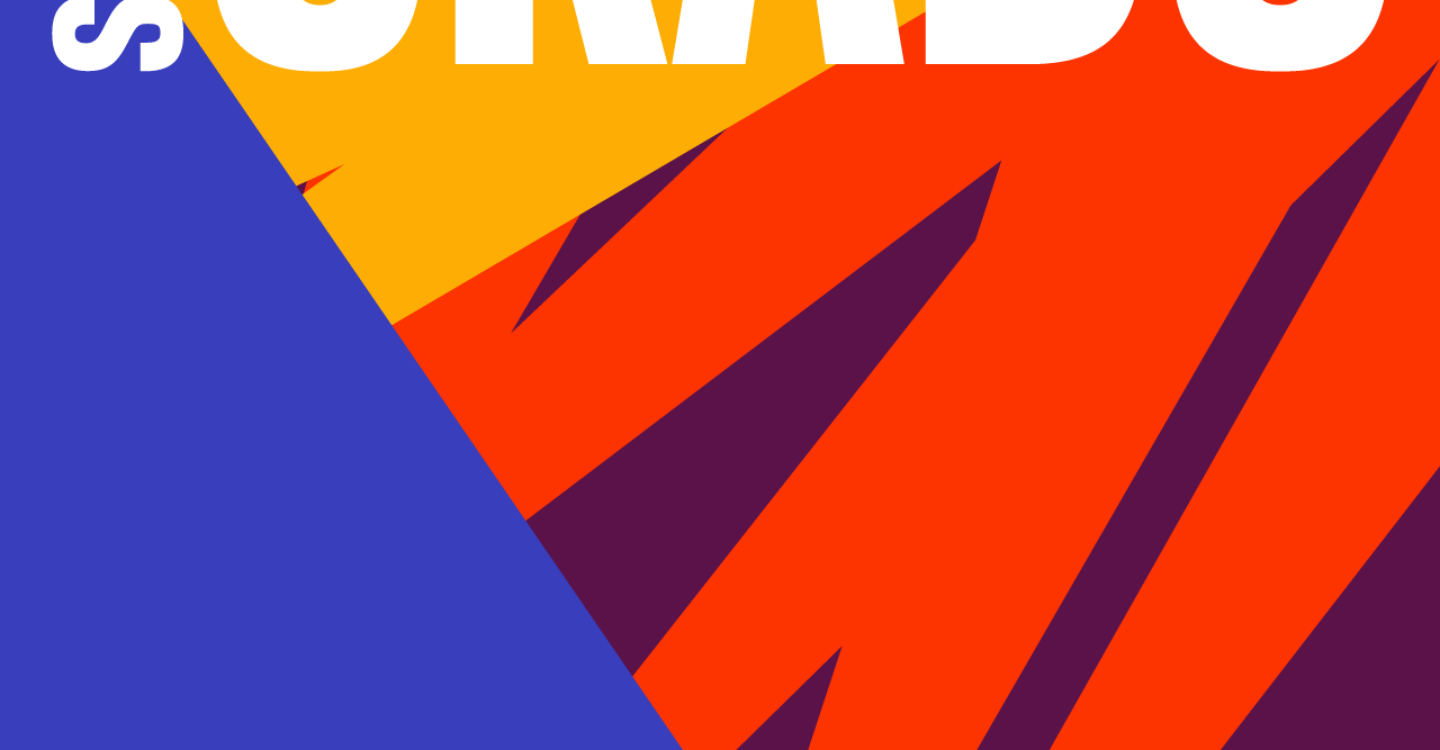 The "Sei In Grado" Festival, organised by Grado in Rete, will be held at the Biagio Marin Auditorium. The Festival will see the protagonists of the Italian web take turns on stage led by Sofia Viscardi and Lorenzo Luporini of VENTI. On 13 May Camihawke, Guglielmo Scilla and Alice Venturi will be guests, while on 14 May there will be the stars of Casa Surace and Michele Bravi. The Festival days will end on 13 May with a concert by Matteo Romano and on 14 May with The Pozzolis Family (Alice Mangione and Gianmarco Pozzoli) who will stage their new show "La grande fuga.

- from 16:30 to 19:30 Sofia Viscardi and Lorenzo Luporini interview Casa Surace and Michele Bravi.

Admission is free with prior booking; for information and details see the website: https://www.eventbrite.com/cc/sei-in-grado-314179?just_published=true

Alice Venturi (also known online as AliceLikeAudrey) is a make-up artist who has decided to share her life on the web. Between make-up and life advice, her personality has been on the rise off the web as well. She participated in Beijing Express 2017 paired with Guglielmo Scilla: their team, the #Friends, represented one of the most convincing teams of the edition. From 2014 to 2017 she was part of the Detto Fatto (Rai2) team, where she then returned between 2019 and 2020, while, also in 2017, she participated in the second edition of House Of Gag (TV8). She was also one of the faces of "Pink Different", an all-female programme aired on FoxLife, while until March 2018 she starred with Michele Bravi in the show "Third Wheel" for Awesomeness Tv. On 18 October 2021 "Tutte le volte che", the original Spotify podcast that Alice hosts with her friend Camihawke, conceived and produced by Show Reel Agency, will be released.

Camihawke Camilla Boniardi, born in 1990, is one of the personalities who has been able to best combine her presence on the web with that of other media: she has distinguished herself for the tone of voice with which she recounts her reality and that of social media, with a very particular irony and finesse, and has made "normal and common imperfection" the central key to her storytelling. From July 2017 to July 2018 she co-hosts with AliceLikeAudrey the radio programme "Girl
Solving" on Radio2. She was among the protagonists of "Pink Different", the all-female programme aired on FoxLife at the end of 2017. Also on TV, in September 2019, Camihawke joins Carlo Cracco in Rai 2's new cooking programme "Nella mia cucina", on air from Monday to Friday at 7:35 pm for twenty episodes. On 20 April 2021 Camilla publishes her first novel "Per tutto il resto dei miei sbagli" (Mondadori), which immediately becomes a publishing case, dominating the general bestseller list for five weeks and selling over 55,000 copies in just one month. The release of the book also brought her into dialogue with authors of the calibre of Teresa Ciabatti, Chiara Gamberale, Chiara Tagliaferri and Silvia Avallone.

Casa Surace was born in 2015 from the encounter between boys and girls from Naples and Sala Consilina. As a factory and production house, Casa Surace carries out its projects by leveraging cinema, theatre and new languages borrowed from the web, always maintaining the right balance between spontaneity, light satire and fun. Casa Surace is now an "extended family" made up of a community of over 4 million on the web; it has totalled over a billion views on Facebook and YouTube; it has collaborated with the most important national and international brands, it has published a novel entitled "Quest'anno non scendo" (2018) published by Sperling&Kupfer and "Il Manuale del Fuorisede" (2020) published by Panini. Moved by the desire to promote the best products and regional variety of Italy, in 2020 she launched the "Staisciupacco" project, a series of themed packages containing typical food products but also gadgets and unique objects that you can receive directly at home, wherever you are. All of this follows the same guiding spirit, which is to explore the world of entertainment in the round, online and offline.

Guglielmo Scilla, alias Willwoosh, has been unleashing his creativity since 2008, becoming the first Italian digital creator and the spokesman for an entire generation: the Millennials. He is a writer, actor, radio speaker, presenter and a highly active figure in the lgbtqia+ community. Today he is a digital entrepreneur who has set up his own company, providing a free and safe space in which to express himself.

Michele Bravi, Umbrian singer-songwriter born in 1994 in Città di Castello, began to make himself known to the general public in 2013 by winning the seventh edition of X Factor. Four years later, he appeared for the first time on the stage of the Ariston Theatre, competing at the 67th edition of the Sanremo Festival with the song "Il Diario degli Errori", certified double platinum, which anticipates the album "Anime di Carta", a gold record, among the 10 best sellers of 2017. In the same year, he lent his voice for the Italian version of Remember Me ("Ricordami"), a song from the soundtrack of the Disney film "Coco", as well as winner of the 2018 Academy Award for Best Song. Michele was among the stars of the music scene in 2021, which opened with the release of 'The Geography of Darkness'. Of the album, which debuted #1 in the Fimi/Gfk album and vinyl charts, an extended version has been released containing in addition the tracks "Cronaca di un tempo incerto" and "Falene", born from the collaboration with multi-platinum international artist Sophie and The Giants. The release of the extended version was anticipated by the official video clip of the single "Cronaca di un tempo incerto", premiered at the Rome Film Festival. In 2022 he returned to the Sanremo Festival with the song "Inverno dei fiori", finishing in tenth place.

The Pozzolis Family is the comic family of the web idol parents. Consisting of parents, Alice Mangione and Gianmarco Pozzoli, and their two children, Giosuè and Olivia, they recount their daily lives and deal with issues related to the world of parenting with an absolutely truthful, ironic and irreverent tone, definitely far from the stereotypes of the "perfect family". Born in 2016, the project The Pozzolis Family, of which Alice and Gianmarco are authors, actors and directors, collects an unstoppable success on the web: in 2018 they are first in the Top10 Italian Mommy Bloggers on Instagram according to Blogmeter, while in 2019 they are the first Family Influencer according to Buzzoole. They are also increasingly successful offline: after their first best-selling novel "Un figlio e ho detto tutto" (Mondadori, 2017), on 9 April 2019 they will be back in bookshops with their new book "L'amore si moltiplica" (Mondadori). Also in April 2019, Alice and Giamma perform together for the first time on the theatre stage and debut their first comedy show "A-LIVE! - Perché sopravvivere ai figli è una cosa da ridere!", in three special sold-out dates in Milan, Bologna and Rome. Also in 2019, The Pozzolis Family is voted Best Site for Parents and Children at the Macchianera Internet Awards. On 12 November 2020, their first graphic nover, published by BeccoGiallo, is released, Voglio! Alice and Gianmarco are among the cast members of the second edition of the Prime Video comedy show "LOL - Chi ride è fuori".

Sofia Viscardi, born in 1998, is a web creator with a huge following on social networks, boasting a community of over 800,000 subscribers on YouTube and 1.3 million followers on Instagram. Thanks to her extroverted character, her spontaneity and the authentic language that characterises her videos, in just a few years she has managed to become the spokesperson for the Z generation, made up of young people with concrete ambitions and ready to challenge themselves. Her creative talent is not only limited to the web, but also extends to the world of publishing. In 2016, in fact, he published his first novel "Succede", which quickly became a best seller with over 100,000 copies. The feedback from the public and critics was so overwhelming that Sofia's novel was also brought to the big screen: in 2018, in fact, "Succede - Il Film", produced by Indigo Film with the support of Show Reel, was released in cinemas. On 20 February 2018, she published her second novel, "Abbastanza" (Mondadori), which in just one week took first place in the bestsellers list and second place in the Italian fiction list. In 2018, she reached first place in Forbes Italy's "100 under 30" list in the Media category. In 2019, Sofia Viscardi founded VENTI, a digital publishing project of which she is artistic director.

Lorenzo Luporini was born in Pietrasanta in 1995 but is keen to claim he is still Milanese. He graduated from the Catholic University of Milan in communication and society and since 2017 he has been working in the field of music communication as a press officer and as a divulger at the Giorgio Gaber Foundation. Lorenzo starts collaborating with Venti in 2019 as face and author finally finding a justification to do long monologues and a legitimisation to his greatest passion: making big talk.

VENTI is the digital editorial project that Sofia Viscardi carries out both on her YouTube channel (which now takes the name "Venti's Channel") and on her Instagram profile @profilodiventi. It is imagined as a dispensation of thoughts, testimonies and insights of various kinds and can be defined
as a magazine in which the written form is replaced by the audiovisual one. VENTI is a place of cultural translation where, through interviews, vlogs, reportages and useful readings, the twenty years of today are tackled and explored. VENTI was born from the need of the young web creator to decline information in forms and languages more familiar to digital natives, and to create a meeting place between the "old" and the "new" generation by accumulating as many experiences and points of view as possible. The project consists of interviews with influential personalities, cultural mini-documentaries and lively reflections on what it means to be twenty years old nowadays, and is characterised by a delicate, curious and empathetic tone of voice that allows Sofia to maintain a relationship of equals with its community.  In 2021 Venti declined its editorial project in audio format and became Senti20, an original Spotify podcast conceived and produced by Show Reel Agency, which debuted at the top of Spotify's Top Podcast Italia chart. 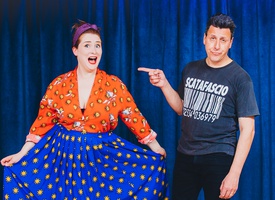 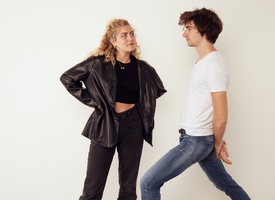 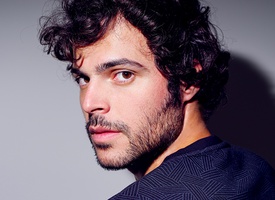 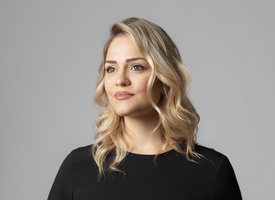 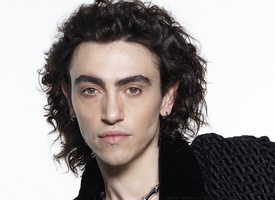 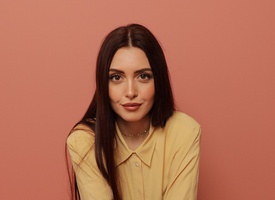