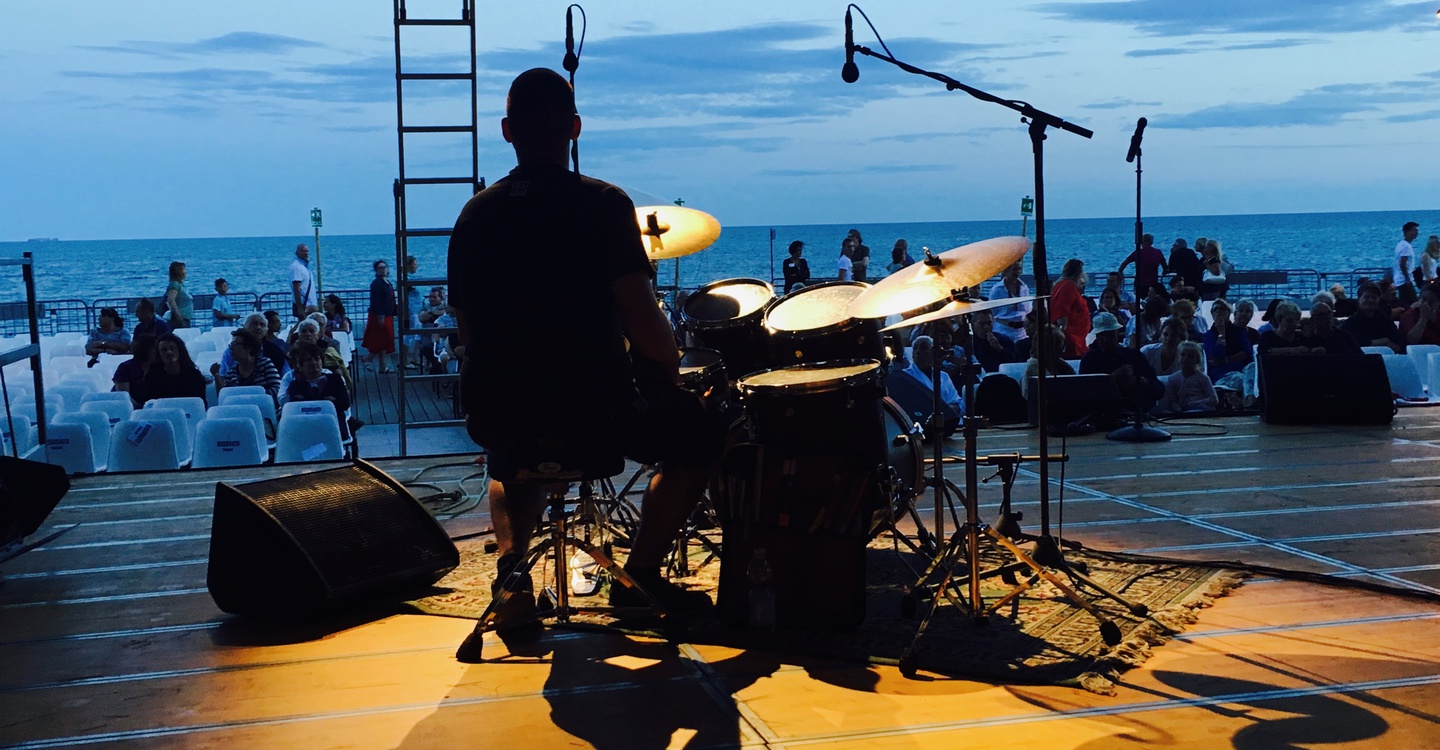 Discover all the events taking place in Grado. 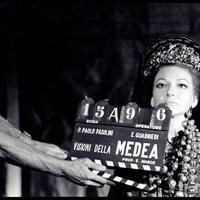 50 years after the making of the film Medea, by Pier Paolo Pasolini, Grado remembers the passage in the lagoon of the great Friulian director, Maria Callas and the whole crew that contributed to the production of the film, between July and August 1969. Many days of work to fix 14 minutes of filming on the celluloid that gave the Island of the Sun and its natural environment to international attention and the history of cinema.

To remember the great director, the City of Grado has planned to set up a photographic exhibition in the foyer of the former Crystal Cinema, the historic headquarters of the city, where the film was presented and where, later, Pasolini himself gave rise to numerous important film events. The exhibition, which will open on Saturday, June 15, aims to illustrate the meeting between artistic creation and the lagoon territory and to return the unique film situation linked to a director and an exceptional cast, ranging from Maria Callas to Giuseppe Gentile, from Laurent Terzieff to Massimo Girotti: all circumstances that helped to build the combination Medea-Grado. Among the materials on display will have a fundamental part of the images of Mario Tursi, photographer of the scene, which will be reproduced on large panels. Posters, posters and photos will be presented, as well as original envelopes of "Medea" and period materials linked to the diffusion of the film in the cinemas and on printed paper; all linked by panels with texts useful for the overall reading of the events narrated in the exhibition. The exhibition will then be accompanied by poetic and literary texts in which Pasolini described the lagoon and the processing of the film, from the letters of Maria Callas to Pasolini himself, from the stories of the Friulian artist, Giuseppe Zigaina, a great friend of Pasolini, dedicated to the film.

Exhibition on the set of the film "The flowers of a thousand and one nights" by P. Pasolini

Photographic exhibition on the set of the film "The flowers of a thousand and one nights" from July 05 to August 18, every day from 19.00 to 23.00 at the House of Music. 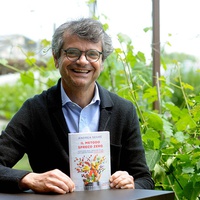 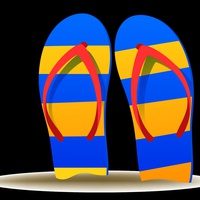 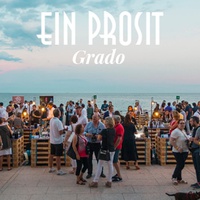 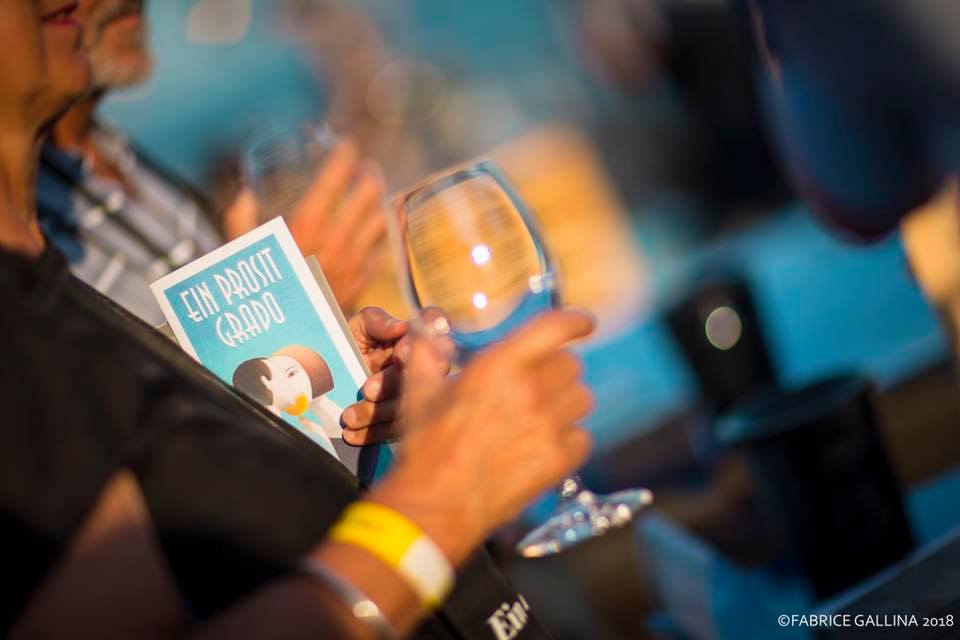 Masses - Hymns and Psalms of Praise

Books and Authors in Grado

News of this year for the summer season 2019

Come and discover the new experiences you can live in Grado this summer!

For the summer season 2019, the Grado Turismo Consortium has organized some initiatives to make guests better acquainted with the "Island of the Sun", its traditions and its hinterland...

In Grado every day you can experience a unique emotion!

We inform you that during the events and excursions may be made videos and taken of photographs for internal documentation or dissemination via web, also for promotional activities and communication in general (websites, mass media, social networks). If you do not want your image and / or your audio contribution to be recorded and disseminated, please notify in advance to our staff, even on site. In the absence of your indications to the contrary, Consorzio Grado Turismo and other subjects may therefore record videos and take photographs in the public area and proceed with the use of the same, for the activities indicated below. The treatment and conservation of the photos will be by Consorzio Grado Turismo, which prohibits their use in all cases that affect the honor, reputation and decorum of the person, pursuant to art. 97 of Law 633/41 and art.10 of the Civil Code. The Data Controller, whom you can contact to exercise your rights under Articles 15 to 22 of EU Regulation 2016/679 (GDPR) on the subject and protection of personal data is Consorzio Grado Turismo with registered office in Grado, Calle Merlato 4.

From 17 April to 25 September, every Wednesday except public holidays.

On Thursdays, once a month. Discover all the dates!

Fish Nic - picnic on the lagoon with a starred chef

Once a month, on Sundays, picnics in the lagoon. Discover all the dates!

Gourmet breakfast on the sea

From 17th of May until 13th of September, every Friday except for the 16th of August.

Every Monday from 13 May to 16 September, except public holidays

Twice a month, on Thursdays. Discover all the dates!

Once a month, on Tuesdays, free event. Discover all the dates!

Sunset on the lagoon in a hot air baloon

Three unmissable appointments! Discover all the dates and times.

Behind the scenes: learning how to make the "Boreto a la Graisana"

From 7th May to 24th September, every Tuesday, come and learn how to make the tipical dish of Grado

Every Thursday from 20 June to 12 September.

Sea and Taste - Trieste city of history, literature and coffee

Twice a month, on a Friday. Come and discover the dates!

Sea and Taste -Atmospheres in the small medieval village Strassoldo

Twice a month to see what I can do. Discover all the dates!

Every Wednesday at Golf Club of Grado.

The great events of Grado

A varied program of events and manifestations of a cultural, gastronomic, sporting, musical and religious nature, with a rich and seasonally varied offer.

Commemoration of a legend from Grado which comes from the sea.

An opportunity to taste the delicious fish of Grado and enjoy the festive atmosphere of summer on the Lagoon.

An event to promote a heritage of great historic, artistic and cultural value.

Grado celebrates one of its choicest products: the Fossalon white asparagus.

May 5th 2019: The spectacular exhibition by the Frecce Tricolori [Italy’s Red Arrows] circling through the sky above Grado.

A great festival on land and sea.

A month of August full of wine tasting and wine-food pairings, between Grado and Aquileia.

The pesce azzurro from Grado is the most flavourful in the Adriatic.

The Aquaticrunner, Triathlon, an indoor bike marathon and a non-competitive walk are on their way between August and September to keep yo...

An event dedicated to wine and speciality foods. What better way to start the summer?

A food and wine event that, in the two autumn months, allows you to taste the dish that is the symbol of Grado's lagoon traditi...

Nativity scenes and much more

Nativitiy scenes from across Italy and much more. A programme packed full of events and initiatives for all the family, a festival of tra...

Books and authors in Grado

This non-competitive rowing race has ancient origins. It winds its way along the canals of the lagoon over an 18 km route.