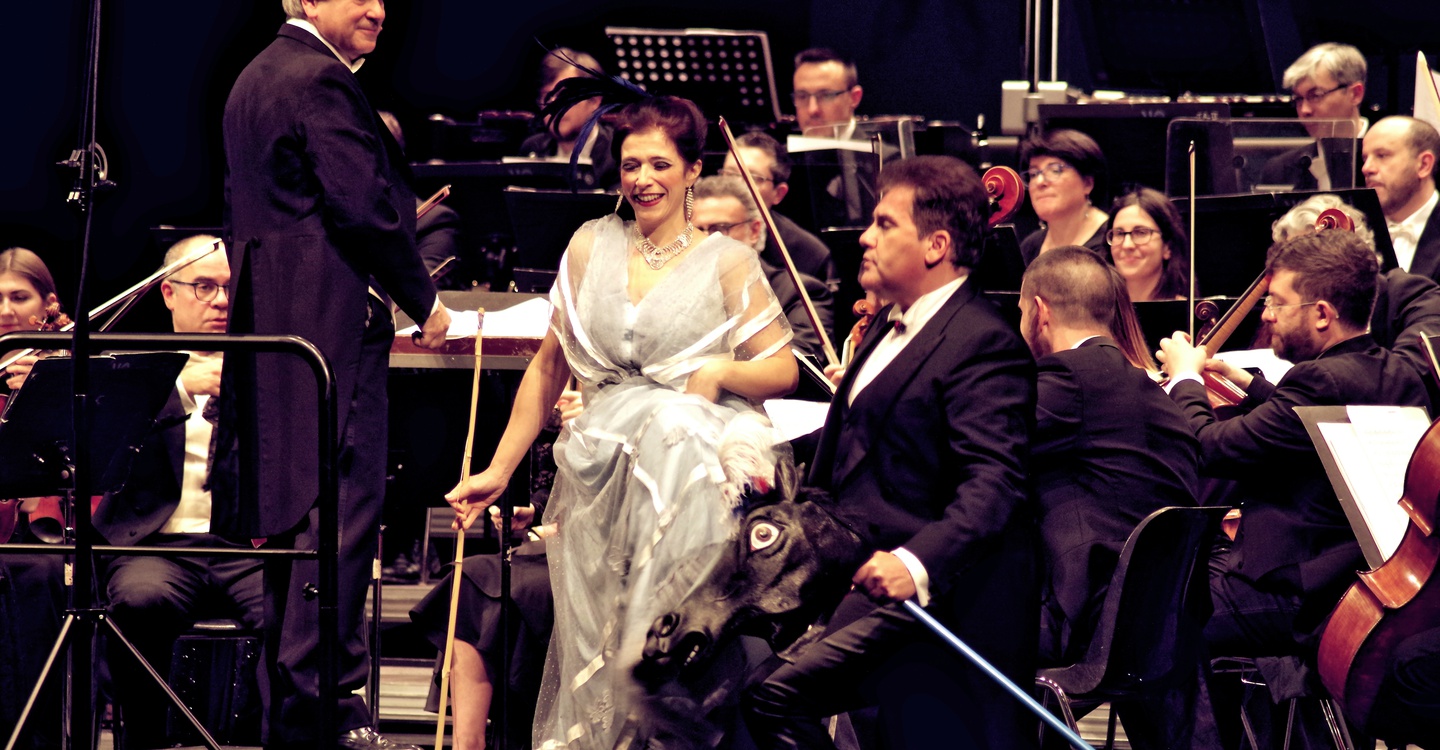 The operetta "La Principessa della Czarda", which was scheduled to be performed as part of the Grado130 events on 24 July, has been postponed to a date yet to be decided, firstly because of the unavailability of the stage in Parco delle Rose and then because of the unsuitability of the Palacongressi, also due to the overwork of our Fire Brigade engaged in the disastrous fires on the Karst.  We apologise for this to music lovers: we are working, together with the Municipality of Grado, the Fondazione Carigo, the Fondazione Bon and the Fvg Orchestra to programme it in any case during the summer period.

This operetta is so well known in Central Europe that, according to experts, not a single minute passes in any theatre, concert, film, TV or radio in the world without one of Imre Kálmán's much-loved melodies being played. Most often one hears, without a doubt, the tunes from The Princess of Czarda, the opera with which the composer definitely earned the first place among operetta composers of his time. It was no coincidence that it was presented in Vienna, where it was staged from 1915 onwards for 533 performances and subsequently conquered the whole of Europe. In spite of the First World War, it was performed in Sweden, Finland, Poland, Russia, Italy and Budapest in November 1916 and, a year later, came to New York on Broadway. P. G. Wodehouse; the writer of the English libretto said of Kálmán's music: "The Princess of Czarda is not only outstanding among the works of this Hungarian talent, but it is the most beautiful music of all time!"

The plot tells a love story that is destined to be short-lived. Prince Edwin falls in love with Silvia, the reigning star of the Orpheum, a Budapest nightclub, but his aristocratic family is against this morganatic liaison. His parents do everything they can to get their son to return to Vienna and convince him to marry the girl of their choice and who they consider most suitable, Countess Stazi - so they get the singer Silvia Varescu offered a contract in New York. But the kindly Count Boni, always ready to joke, the head waiter Miska and his twin brother Alfonso, butler to the Lippert-Weilersheims, and Feri, Boni's friend, train in the interests of the lovers. It is Feri who pulls the strings: in order to give the couple a future, he is ready to reveal his one-time love affair with Edvino's mother.