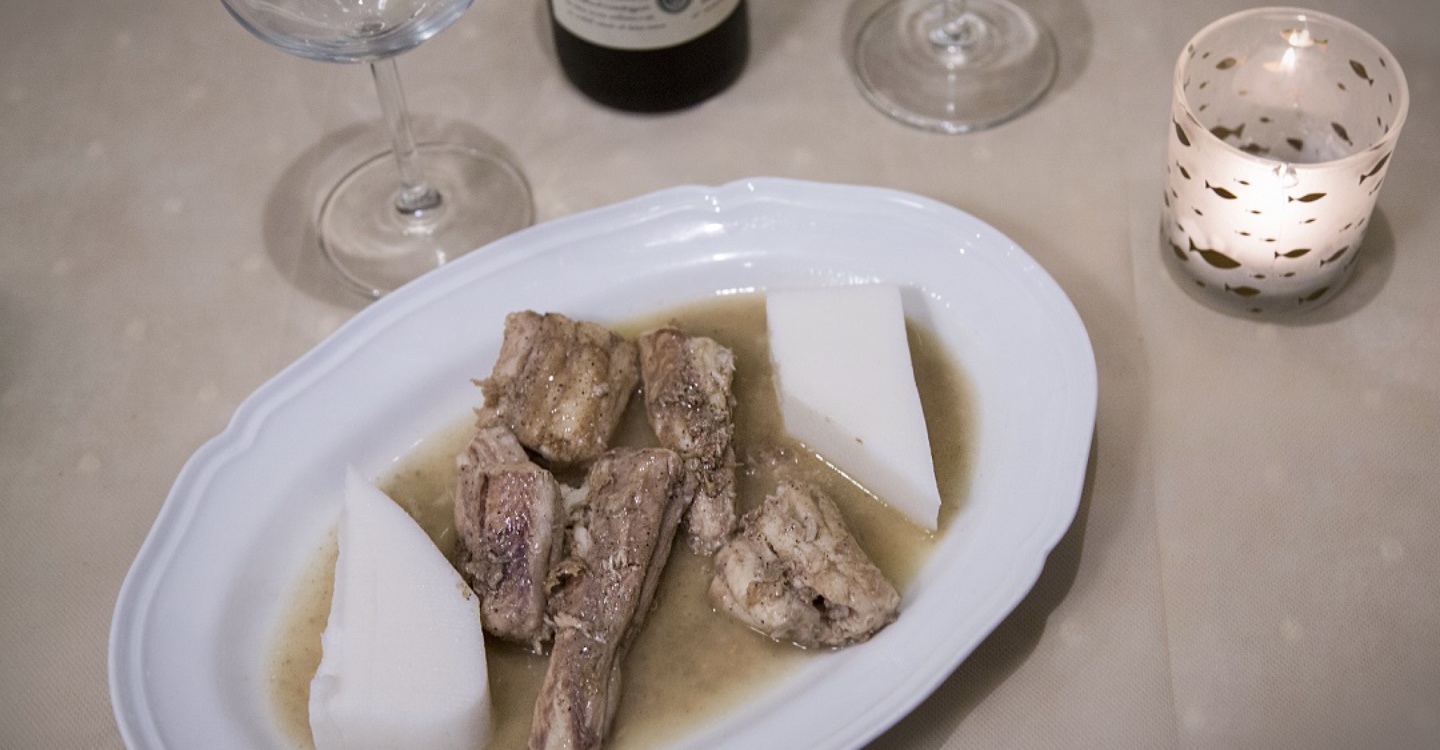 For this important anniversary, some restaurants will offer the 'Menù130', a mix of local culinary history and regional tradition combined with the island's fish and agricultural products.

In Grado since the 1900s there have been factories for preserving fish, in particular for canning anchovies. The production of salted fish was already present in Venetian times, thanks to the salt that arrived from Piran and on which Venice collected the duty. Documents attest to the smuggling of salt into the lagoon, which was then sold in Friuli and used for salting San Daniele ham.

Frying was a popular method of cooking throughout the Venetian area thanks to the abundance of oil, which was also used for lamps and for preserving food. Sardines "in savor" are a typical dish throughout the Venetian lagoon area, but with different variants: in Grado it was cooked with onions imported from Istria and Friuli or grown on the lagoon islands and on the "mote" (mud bank).

This is a poor dish that originated from the need of fishermen who once lived in the lagoon to consume discarded or unsold fish. The abundance of pepper used testifies to Grado's past as a trade crossroads: in order to circumvent duties, this spice was hidden on the mud bank by smugglers who paid the owners for the hiding place by leaving them a small part. The dish is traditionally accompanied with white polenta.

This exquisite dessert originated in Friuli Venezia Giulia and has now become a national symbol appreciated worldwide. Originally made in two well-documented variants in the respective localities of Pieris and Tolmezzo in the Carnia mountains. The version from which the name originates, known as the 'Coppa Vetturino™' in Pieris, has been documented since 1935, created by Mario Cosolo. The cup was called "Tìrime su" by some Trieste's patrons of the trattoria.

Invented at the end of the 19th century during the independence wars of the various Balkan states. The colours and fruits represented the languages, nationalities and different peoples yearning to free themselves from the domination of the Ottoman Empire.