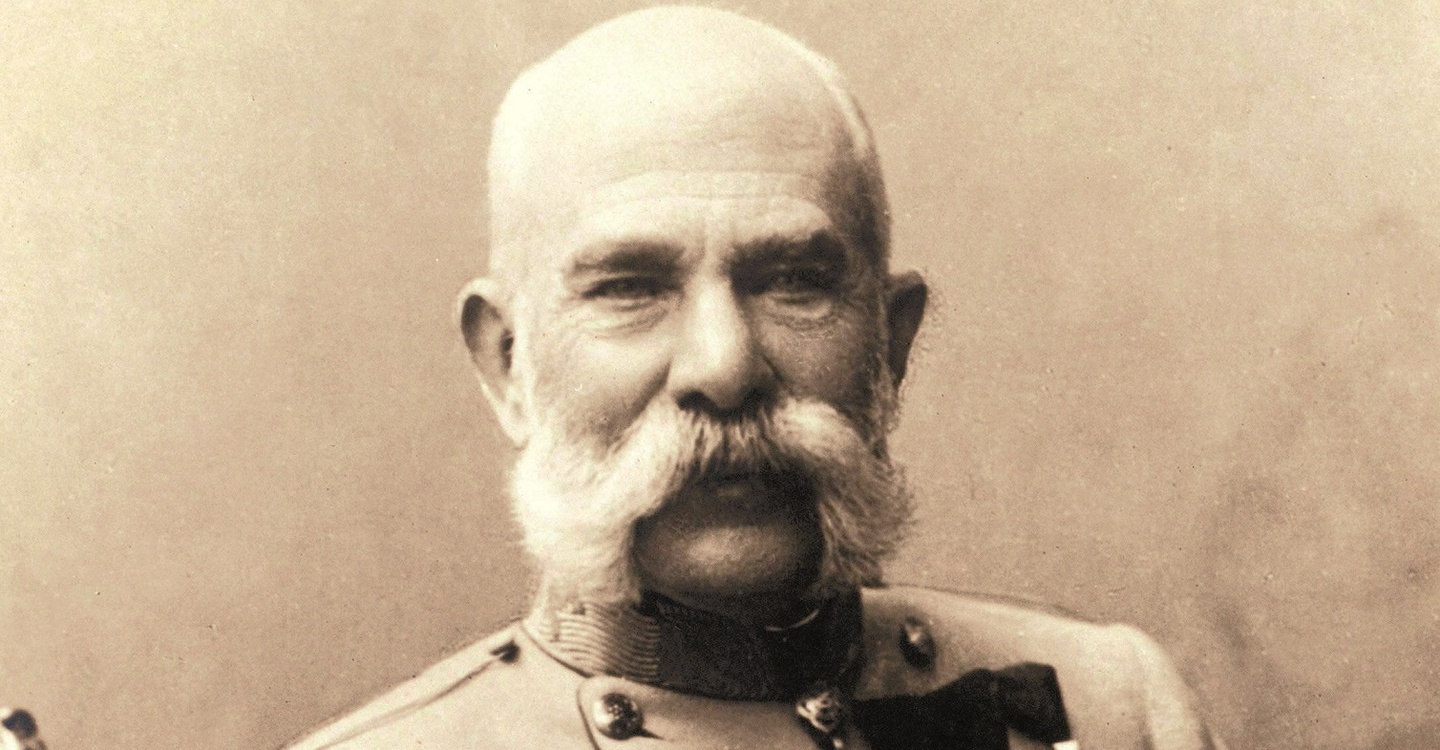 At the age of 18 (in 1848) he became Emperor of Austria, King of Hungary and Bohemia and was so until 1916 when, in the midst of World War I, he left the throne to his great-grandson Charles I. His reign was at first open to some democratic freedoms, but the independentist hostilities of first Piedmont and then Hungary caused him to revert to monarchical absolutism. In reality Franz Joseph was always poised between these two extremes in the arduous task of holding together an empire that included Poles, Czechs, Slovaks, Romanians, Croats, Slovenes, Bosnians, Serbs, Italians, Austrians and Hungarians. From Prague to Lviv, from Trieste to Budapest, from Vienna to Sarajevo, its domains coincided with that original and complex cultural area called Mitteleuropa that flourished exceptionally under Franz Joseph, with writers such as Kafka, Schnitzler, Svevo, Andric, Michelstaedter, painters such as Schiele, Klimt, Kokoschka. An intellectual flourishing favoured by an undoubtedly good administration, which bore perennial fruit with Sigmund Freud, such as psychoanalysis. His was a long reign full of even tragic events: in addition to wars and revolts, his life was marked by family bereavements. His younger brother Maximilian left the castle of Miramare in Trieste to become Emperor of Mexico and was shot by insurgents; his son and heir to the throne Rudolf committed suicide together with the baroness Maria Vetsera in the tragic epilogue of a thwarted love affair. His wife Elisabeth was killed in 1898 in Geneva by the anarchist Luigi Lucheni, while his nephew Franz Ferdinand was the victim of an assassination attempt in Sarajevo and his death triggered the Great War.

It was Franz Joseph who marked a breakthrough in Grado's more recent history, signing a law on 25 June 1892 that laid down the 'fundamental rules for the regulation of the health resort and for the enactment of a regulation for the Grado health resort district', thus officially starting Tourism on the island.