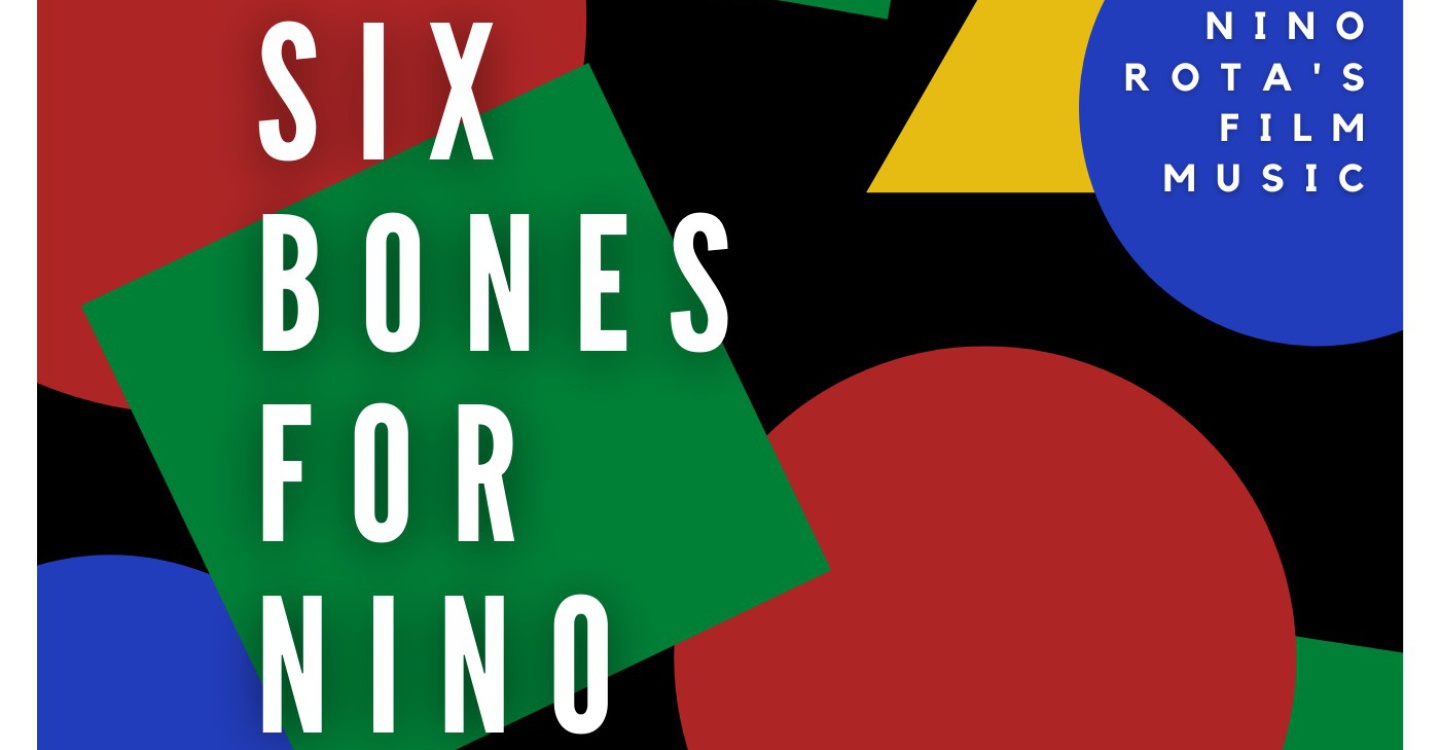 "Six Bones For Nino - Nino Rota's Film Music" is a collection of soundtracks written for popular Italian cinema by the famous composer, arranged for a curious group of six trombones and rhythm section. It is the brainchild of Max Ravanello, who has been engaged for years in the exploration and in-depth study of the trombone tradition in the history of jazz, from the pioneers of the 1950s such as Jay Jay Johnson and Kai Winding to the prodigious experimental tightrope walkers of today. The need to open up to new dimensions and perspectives and to differentiate from the Afro-American tradition also opens up a search in the scenarios of Italian music of the last century, finding particular inspiration in film music. This is where this work, entirely dedicated to Nino Rota, one of the most influential and prolific Italian composers, takes shape.

Six Bones for Nino Rota is entirely inspired by the magisterium of the greatest composer lent to cinema that contemporary Italian music can boast. Our musical tradition in this field has given the world true prodigies (Morricone, Ortolani, Bacalov, Umiliani, Piccioni, Nicolai and the genius of Teho Teardo), but no one deserves the sceptre and crown as much as Rota for the delicacy and sublime inspiration of his art. Maestro Ravanello, in undertaking this task, which in the last few decades has seen many musicians engaged in the same enterprise, has decided to radically rearrange the original compositions in search of the authentic spirit that constitutes their backbone, without easy winks that would have trivialised and debased the result. Many of those who approach that film music believe that it is enough to refer to Rota's 'maniere de', bordering on plagiarism, to make its secret chords resonate. In order for these works of art from an upside-down stave to still be able to tell us something comprehensible, they must be transformed into something new, they must be transformed into the talent and charisma of someone who knows how to make them contemporary again. An ensemble of six trombones supported by a guitar and rhythm section accompanying the progression seemed the right choice for the task and the results are certainly excellent. A little over thirty minutes of music is enough for Maestro Ravanello and his trusted musical brothers to build a horizon between nostalgia and the sun of the future. His is a dance with Latin movements whose backward steps serve to leap forward, in a whirling tango that knows how to soften at the pace of swing in the light of an old dance hall where the fragrant tempos of the Rumba, the deep blue waters of the waltz and the exhausting vegetal notes of the milonga are not unknown. The trombonist composer does not repeat, he does not plagiarise, he does not interpret, but he intelligently assimilates and transforms, restoring freshness and perspective even to the best known refrain; his is a true new orchestration of pieces carved in our memory that we rediscover and appreciate in a new luminous perspective.

His band is composed as follows: