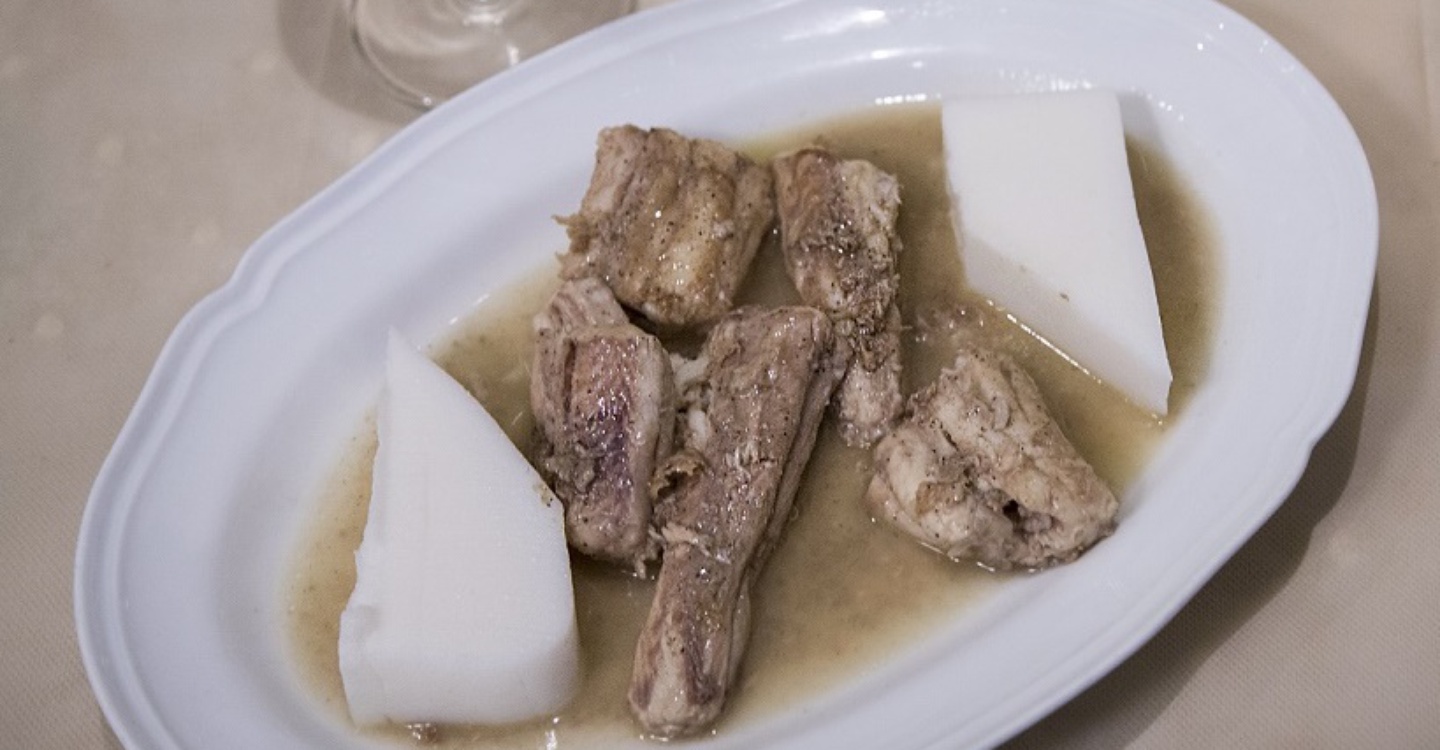 Be sure you taste “Boreto a la graisana”, the Grado dish par excellance (also praised by Biagio Marin), presented in a dozen versions – one tastier than the other.

It is an ancient and unique dish, eaten with polenta made with white maize, characterised by the simplicity of its ingredients (fresh fish, extra-virgin olive oil, garlic, salt, black pepper and vinegar). Its secret is a very simple preparation, and “Boreto” is the term used to define this type of cooking fish.

The boreto a la graisana is a poor dish, which originates from the fisherman who lived in the lagoon needing to use the waste of the fish, which was, and still is, accompanied by white polenta, less refined and less expensive than the yellow one. Garlic and vinegar were used in the past to camouflage the taste of the less valuable fish, while the abundant amount of pepper, testifies to the glorious past of Grado as a port of Aquileia (spices arrived from Bisanzio directly to the emporium of Aquileia). The preparation is slow ... it is an ancient rite that rewarded the hard work of the fishermen and strengthened their identity. Initially prepared with a unique quality of fish, turbot or mullet, today it can be ordered in the best restaurants with different variations (mantis shrimp, hairy crab, anchovies, eel, monkfish ...) or with different types all together. Finally the accompaniment with the wine: in the past exclusively white wine, today you can appreciate it, depending on the type of fish used, with a Merlot or Refosco (a native vine cultivated already by the Romans).

In a large saucepan heat the oil over high heat, add the peeled garlic cloves and brown them until they become dark. Remove the burned slices and arrange the pieces of dried-off fish; brown over high heat, turning the pieces from time to time to make them colour on both sides. Add the vinegar, water, coarse salt and a lot of pepper; cover the pan and boil for about ten minutes to flavour (the time will vary depending on the amount of fish). Check the density of the sauce which should not be too liquid; in the meantime prepare the polenta that will accompany the boreto.

DID YOU KNOW THAT… ?

This recipe never includes any tomatoes; this leads us to conclude that it was part of the tradition of Grado fishermen even before Christopher Columbus landed in America.