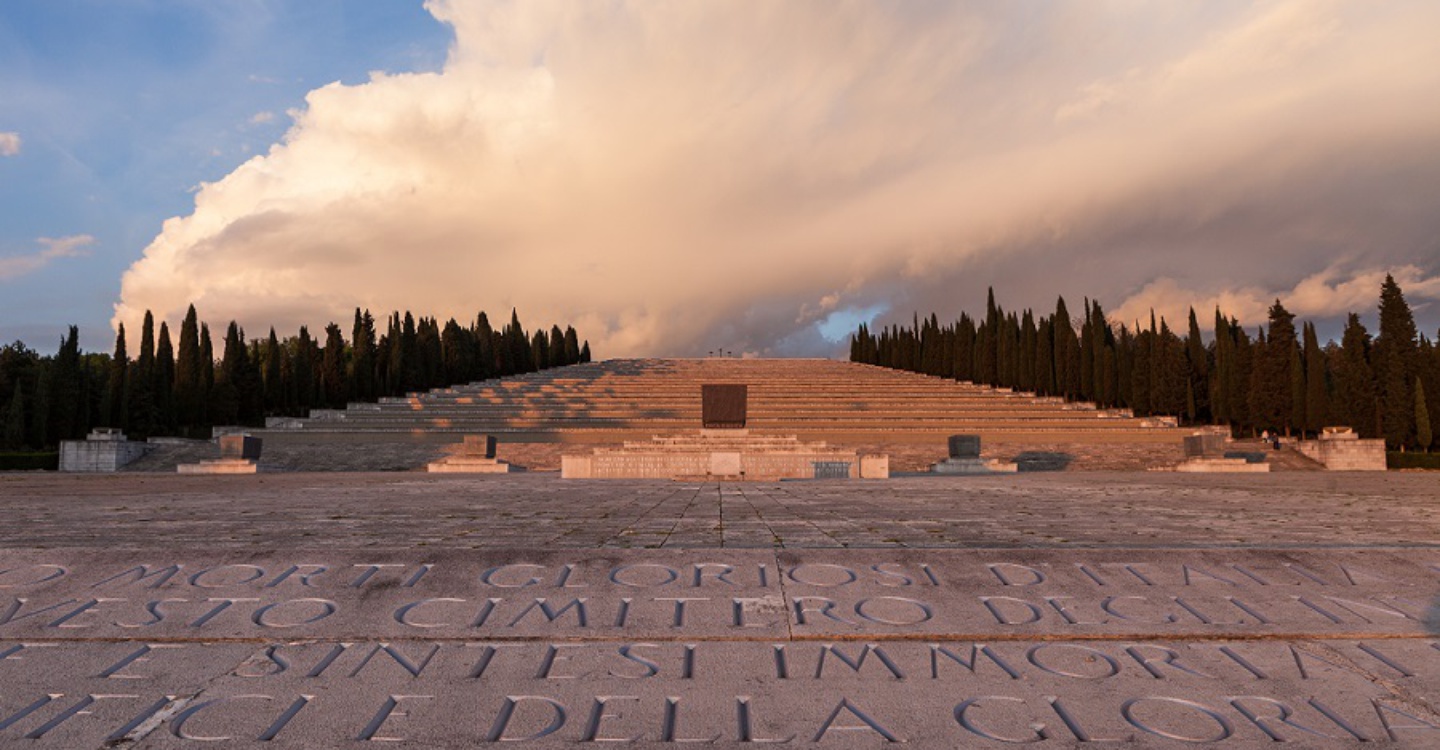 On the slopes of Monte Sei Busi stands the largest and most majestic Italian shrine dedicated to the fallen of the First World War. Perhaps not everyone knows that the first cemetery of the Third Army was the Colle Sant'Elia located in front of the Shrine, where today is the Parco della Rimembranza dedicated to the "Invitti della III III Third Army".

The remains of the 100,000 fallen soldiers have been collected since 1938 within the 22 steps that make up the monumental stairway of the shrine.

Going through the imposing monument, the work of the architect Giovanni Greppi and the sculptor Giannino Castiglioni, it is possible to begin an itinerary among trenches and historical memories that also includes the Austro-Hungarian cemetery where 14.550 soldiers rest and the "Dolina dei Bersaglieri", so called because it was occupied by the 15th Bersaglieri Regiment's plumed infantrymen, who left their effigy and some names on the walls of the structure. 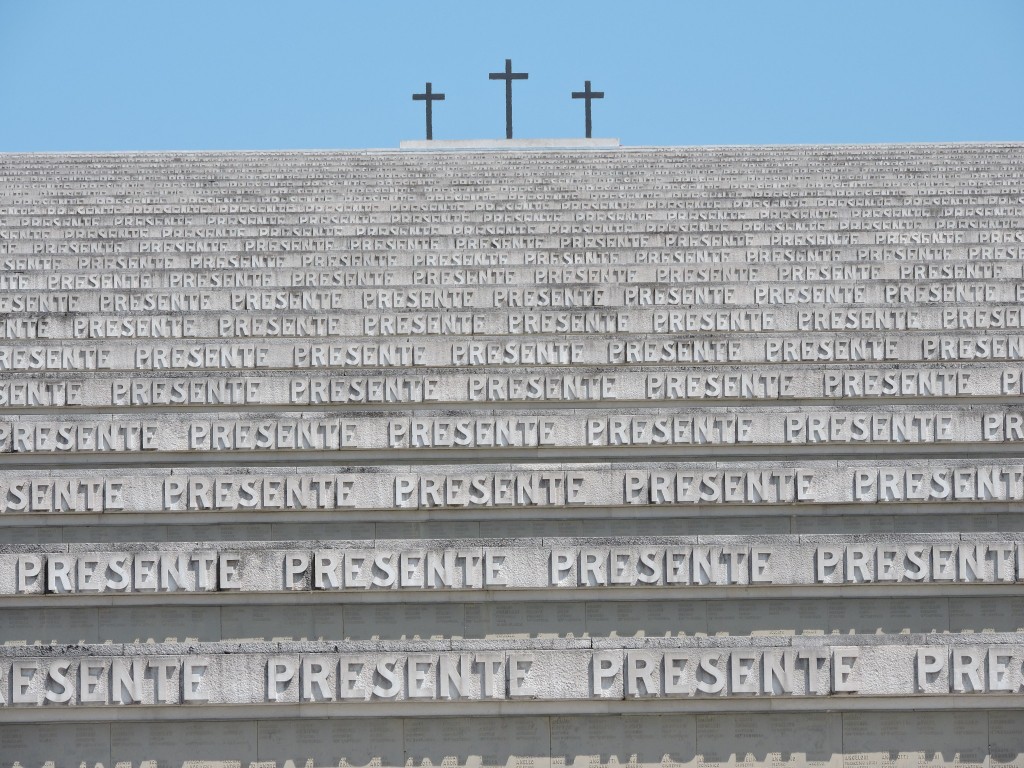 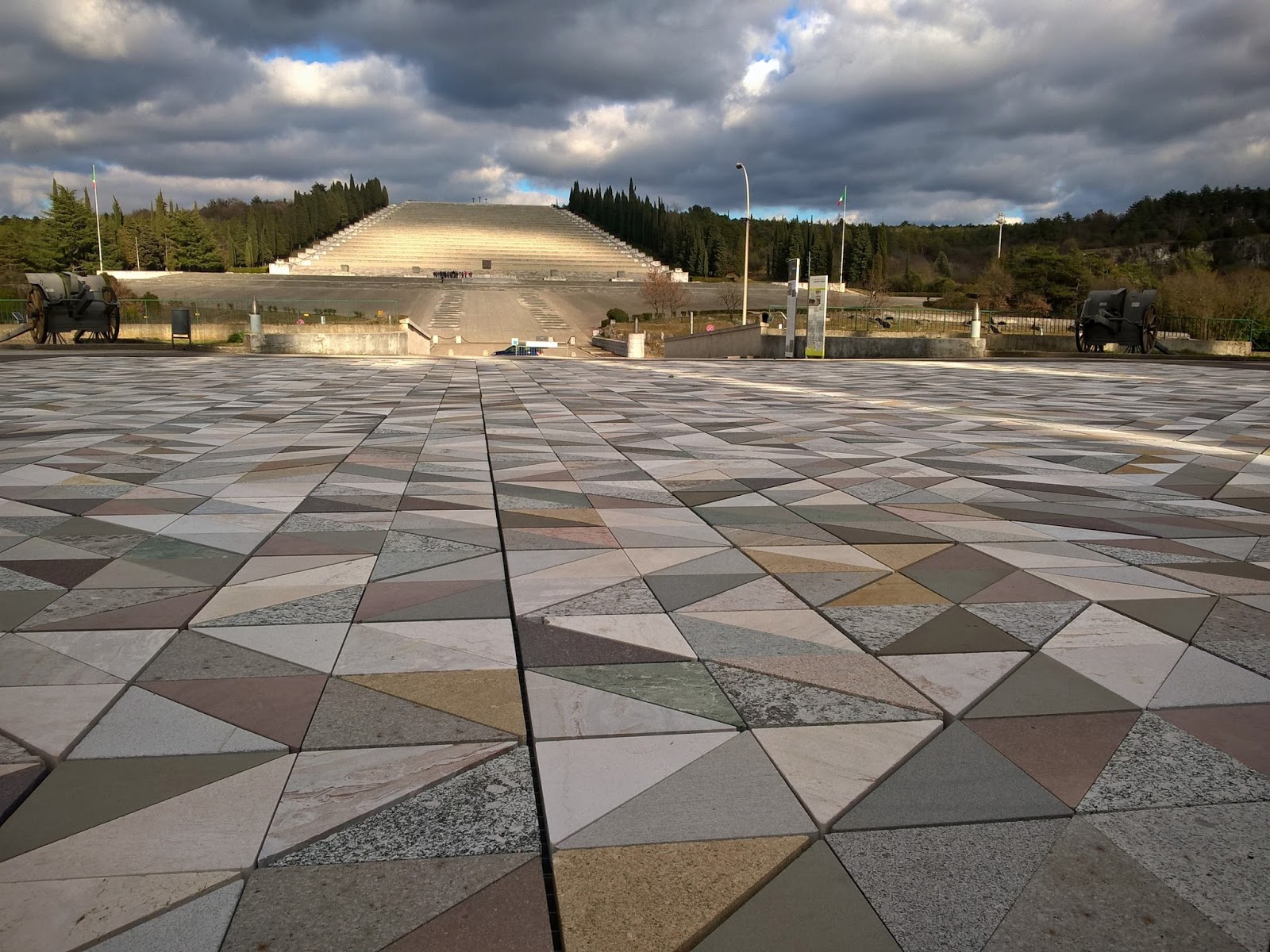