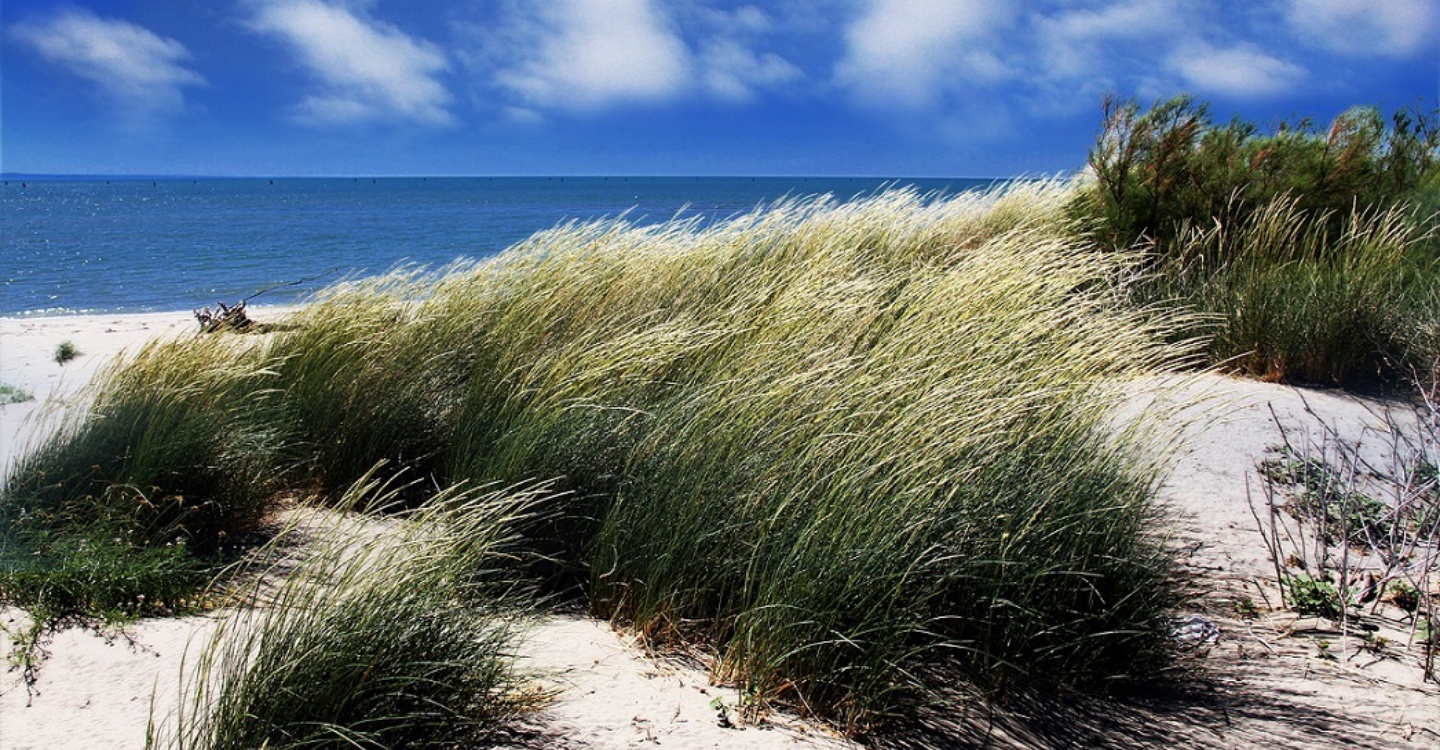 Grado, an entire eco-system to explore.

The lagoon, where Grado gently lies, is a natural setting of unquestionable beauty and extraordinary natural wealth, in constant evolution. It is a unique, uncontaminated landscape that extends over 16,000 hectares of land and sea, for 32 kilometres between the mouths of the Isonzo and the Tagliamento, dotted with a hundred or so small islands. Its origins are quite recent since, until the 5th century AD, the mainland prevailed in the area. The entire area is crossed longitudinally by the Litoranea Veneta waterway (already used in Roman times for navigation from Chioggia to Aquileia), a navigable waterway linking Venice with the mouth of the Isonzo and Trieste.

In the lagoon, high and low tides alternate rhythmically, guaranteeing a constant exchange of water which, mixing with the fresh water of the rivers, creates an environment favourable to the life of a large number of plant species (tamarisks, elms, poplars, junipers, pines), fish and birds. The movement of the tides also causes portions of land to emerge and submerge, appearing and disappearing from view (and can become dangerous for inexperienced navigators).

The salt marshes are the permanently emerged land covered by a grazing vegetation mantle, crossed by frequent canals and meanders, the ghebi. The mudflats, on the other hand, are portions of the lagoon bed devoid of vegetation and shallow, but still normally submerged, which, however, emerge momentarily in particular low tide conditions and are inhabited by a rich population of molluscs and crustaceans. The islands and islets (a total of about a hundred), once inhabited or even today, are called mote. On many of them stand the casoni, the traditional fishermen's dwellings, with a single body and a pyramidal roof made of reeds. The marshes are the areas that remain submerged even during the lowest tides. Ichthyoculture is practised in the numerous fishing valleys.

DID YOU KNOW THAT ...he regular visitors to the lagoon, the island's inhabitants and the fishermen, use the batèla, a characteristic flat-bottomed boat without a keel, to get around this unique environment. The batèla, which is generally 5 to 12 metres long, is steered by an oarsman standing at the stern (with one or two oars) and can be equipped with a mast and a motor.

For enthusiasts of nature photography and birdwatching, make sure you fit in a stop at Isola della Cona.

The old houses of the Lagoon fishermen immersed in a timeless place offer excellent fish dishes.

Excursions in the lagoon

A unique scenario, many ways to find out.

Find out more
The Town

The Sanctuary of the Beata Vergine Maria, a destination of frequent pilgrimages, rises in the heart of the lagoon.

In Grado there is a slow way to immerse yourself between the sea and nature, both on foot and by bicycle, thanks to the convenient cycle path (FVG2) that from the centre allows you to reach the two natural reserves in the surroundings of Grado: Valle Cavanata and Foce dell'Isonzo.

The first is an ex-fishing valley declared "wetland of international value" and in 327 hectares it hosts over 260 species of migratory birds. The second is situated along the last 15 km of the Isonzo river, in an area of 2,400 hectares, and has been recognised as the best birdwatching area in Italy. This reserve includes the "Caneo" area and the "Cona" Island where it is possible to go on excursions on the saddle of white Camargue horses.

Both Reserves can be visited all year round and offer the possibility to participate in educational workshops and guided tours. A few kilometres from Monfalcone two other reserves will fascinate you with their colours: the “Laghi di Doberdò e Pietrarossa” natural reserve with the “Gradina” visitor centre and the Duino Cliffs Nature Reserve and Rilke path.

The best area in Italy for birdwatching.

The reserve is characterized by white limestone cliffs overlooking the sea

A 330-hectare Nature Reserve, a place almost completely uninhabited by man, where animals rule the roost.