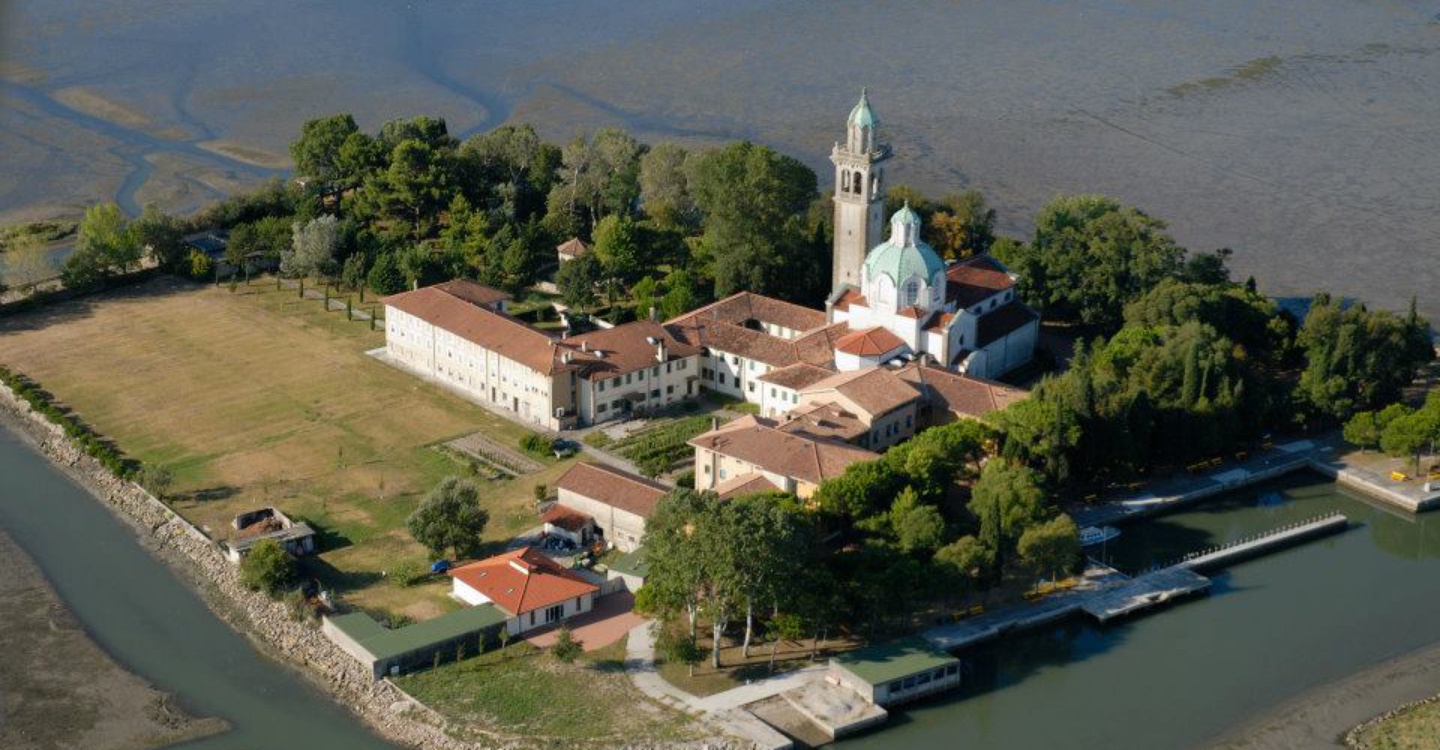 The spiritual fascination of sanctuaries is often amplified by the splendid landscapes offered by the places that surround them: this is also the case of the tiny island of Barbana in the Grado lagoon, where this ancient, Marian sanctuary stands, today home to a community of the Franciscan Order of Friars Minor.

Tradition says that the Sanctuary of the Beata Vergine Maria dates back to 582 A.D., when a violent sea storm threatened the town of Grado. When the storm subsided, an image of the Madonna, which had drifted on the water, was found on the island near the huts of two hermits.  Elia, the patriarch of Grado, had a sepulchre built here to thank the Madonna for saving the town.  The island soon became the permanent residence of a community of friars and the destination of frequent pilgrimages.

Since 1237, Barbana has also been the site of the famous Perdòn, the boat procession followed by the people of Grado every first Sunday in July to renew the ancient vow to the Madonna, who is said to have saved the town from a terrible epidemic of the plague. Nowadays, the Island of Barbana and its Marian Sanctuary remain a popular destination for numerous pilgrims, who come mainly between April and November.

A regular ferry service leaves the Schiusa canal and links the Island of Barbana to Grado. The journey takes approximately 20 minutes. The island can also be reached by private pleasure boats and there is a tiny harbour.