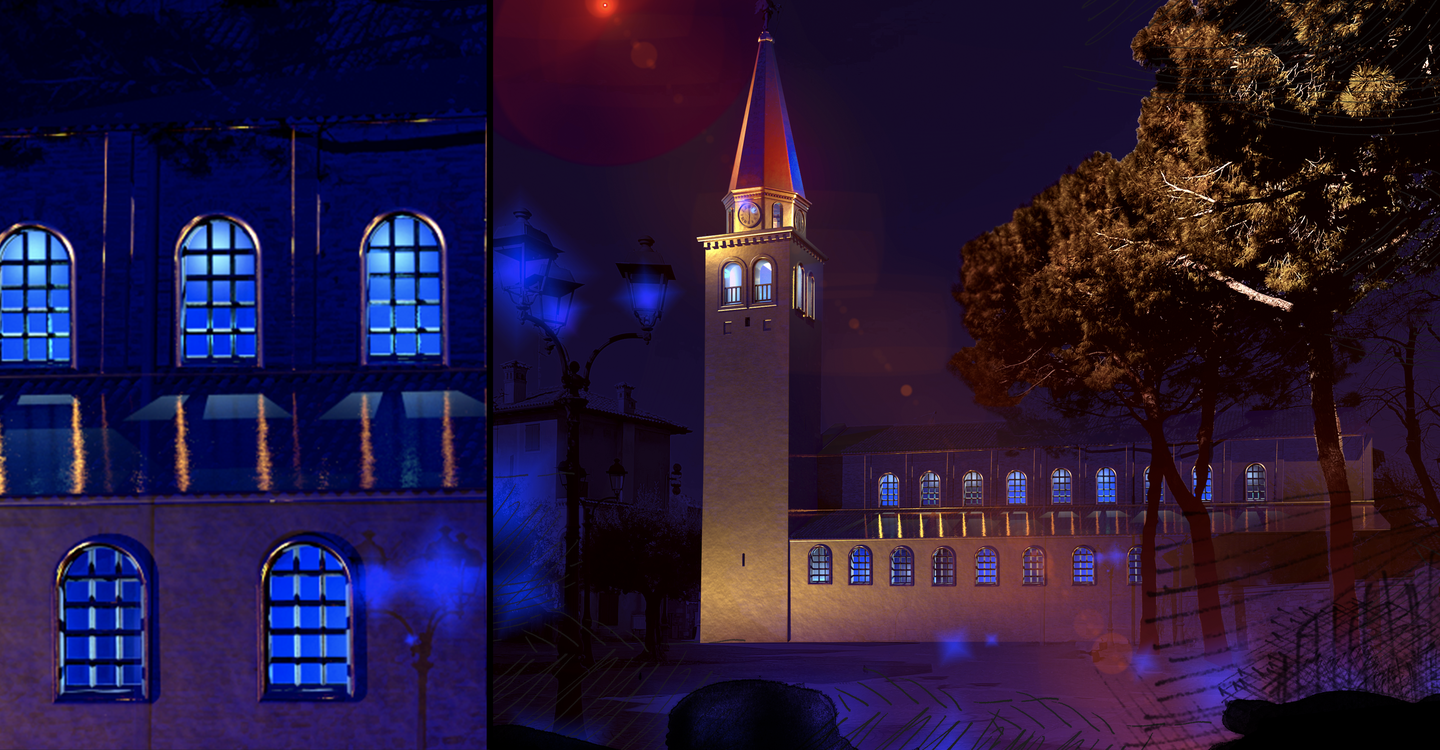 HORIZON, Projections from the heart of the island of Grado

"HORIZON, projections from the heart of the Island of Grado" - Art installation of architectural video mapping by Sara Caliumi visual art designer.

It is entitled "HORIZON. Projections from the heart of the island of Grado." the videomapping that from 25 to 28 June will be projected in the centre of Grado to celebrate the 130th anniversary since Emperor Franz Joseph proclaimed Grado a "curative resort spot" and that marked the birth of tourism. The Basilica of Santa Eufemia will become the canvas on which images will be projected, in high definition and in three dimensions, taken from and inspired by the art of the island's territory.

Video mapping is a new frontier of art that consists of creating three-dimensional spatialities that redesign architecture, with new perspectives, resulting in spectacular visual pictures in motion.

The art installation is created by Sara Caliumi, an artist specialised in multimedia events, working nationally and internationally in the fields of art, light festivals, Olympic Ceremonies and multimedia events. The artist collaborates with creative teams, art directors, directors and choreographers, in particular with Matthieu Mantanus and Andrea Bernabini. She teaches Interaction Design at IED in Milan and Venice. She recently created projects for ArtNight in Venice, Festival of Light in Qatar, Asian Games in Indonesia and Pan American Games in Peru. She has collaborated with, among others, Teatro La Fenice in Venice, Arena di Verona, La Triennale in Milan, Studio Azzurro, Ravenna Festival, Moments International, Balich Worldwide Shows.