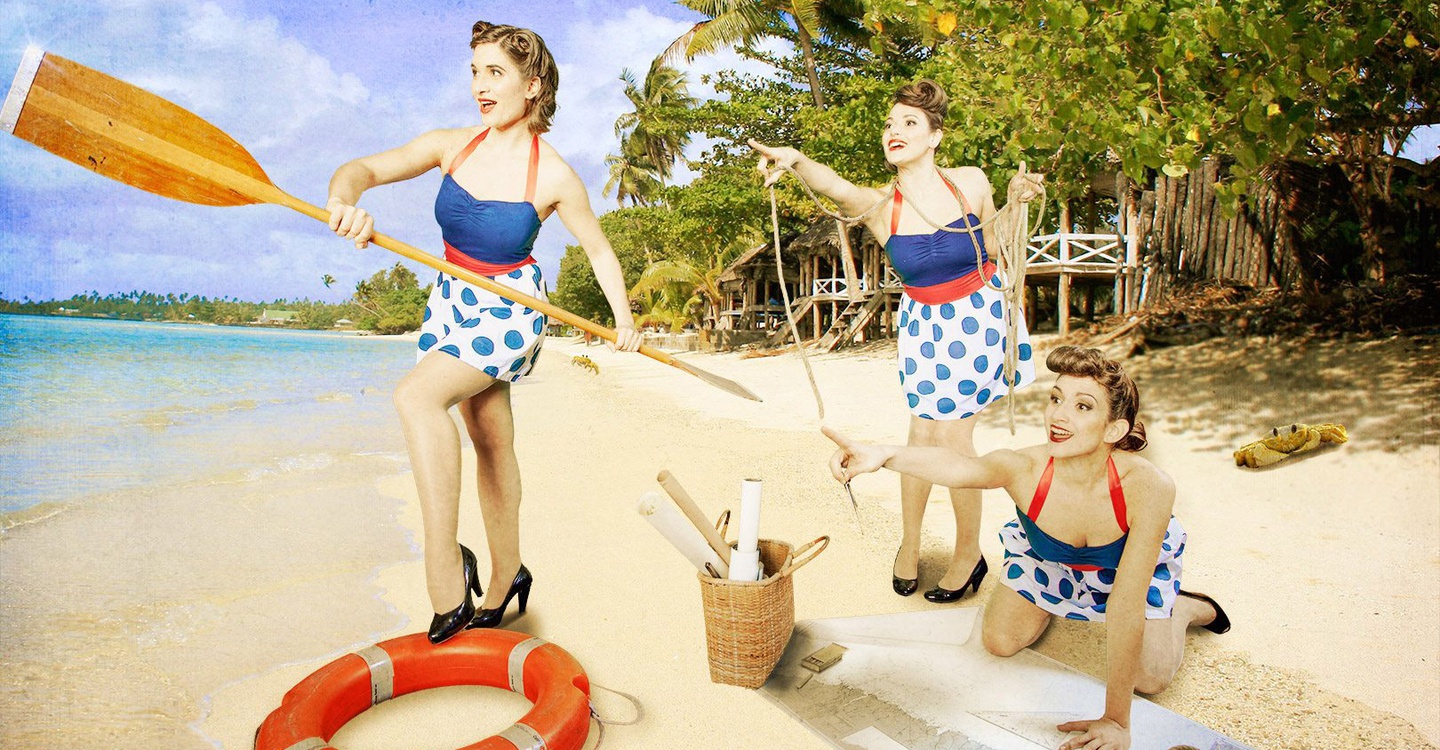 Dancing tea on the beach -Turbo Swing with Les Babettes

On Sunday 12 June at 5.30 pm at the "Isola d'oro" bar on the GIT beach, come and have fun with the TURBO SWING of the LES BABETTES & the Swinging Or Nothing band group; this format, the dancing tea, re-proposes an established tradition of the Grado that was.

Les Babettes were born in 2011 in Trieste, a seaside town with a great history, also musical. Their name is a tribute to the city: the "babe", or "babette", are in fact, in the city dialect, the girls who gossip. With a touch of irony, the trio has modified this funny dialect term, giving it a touch of French elegance and also paying homage to some very famous vocal groups from the past (The Chordettes) or from the world of fantasy (the cartoon Les Triplettes de Belleville).  In 2013 they officially unfurled their sails and set sail into the world of Swing towards endless adventures.

Since 2013 Les Babettes have performed at festivals, events and conferences, in clubs, squares and theatres in Italy and abroad (Slovenia, Switzerland, France, Spain, China) and have collaborated with television (Arte, Sky Arte, Rai 3, Sky, Cielo) and radio stations (Radio Deejay, Radio 105, Radio Rai FVG, Radio PuntoZero). They were guests of "Cuffie d'oro" at EXPO Milano 2015 and opened the Gala of the International Conference "Voce Artistica 2015" at Teatro Alighieri in Ravenna. They played, among others, at the Swing Fest (Madrid, Spain), Valsugana Jazz Tour (Pergine Valsugana), Trieste Loves Jazz (Trieste), Far East Film Festival (Udine), Bastianich Music Festival (Cividale), Friuli Doc (Udine), Sexto Vintage (Sesto al Reghena, Pordenone), China Shanghai International Art Festival (China). Together with Joe Bastianich and his musical project, they have performed at Umbria Jazz and in various concerts throughout Italy and have been guests of well-known national radio stations. For TV they were guests in the Friuli Venezia Giulia episode of the programme "On the Road" - hosted by Joe Bastianich and broadcast on Sky Arte - and in "Metropolis" - broadcast on Arte, a European art and culture channel. In 2014 they took part in the selections for X Factor 8 Italy, winning the Enel Green Light during the Home Visit and then entering the ballot for access to the programme's Live Shows (broadcast on Sky and Cielo).

Since 2022 the activities of Les Babettes have also been made possible thanks to the contribution of the FVG Region and the Ass. Cult. Jam Art