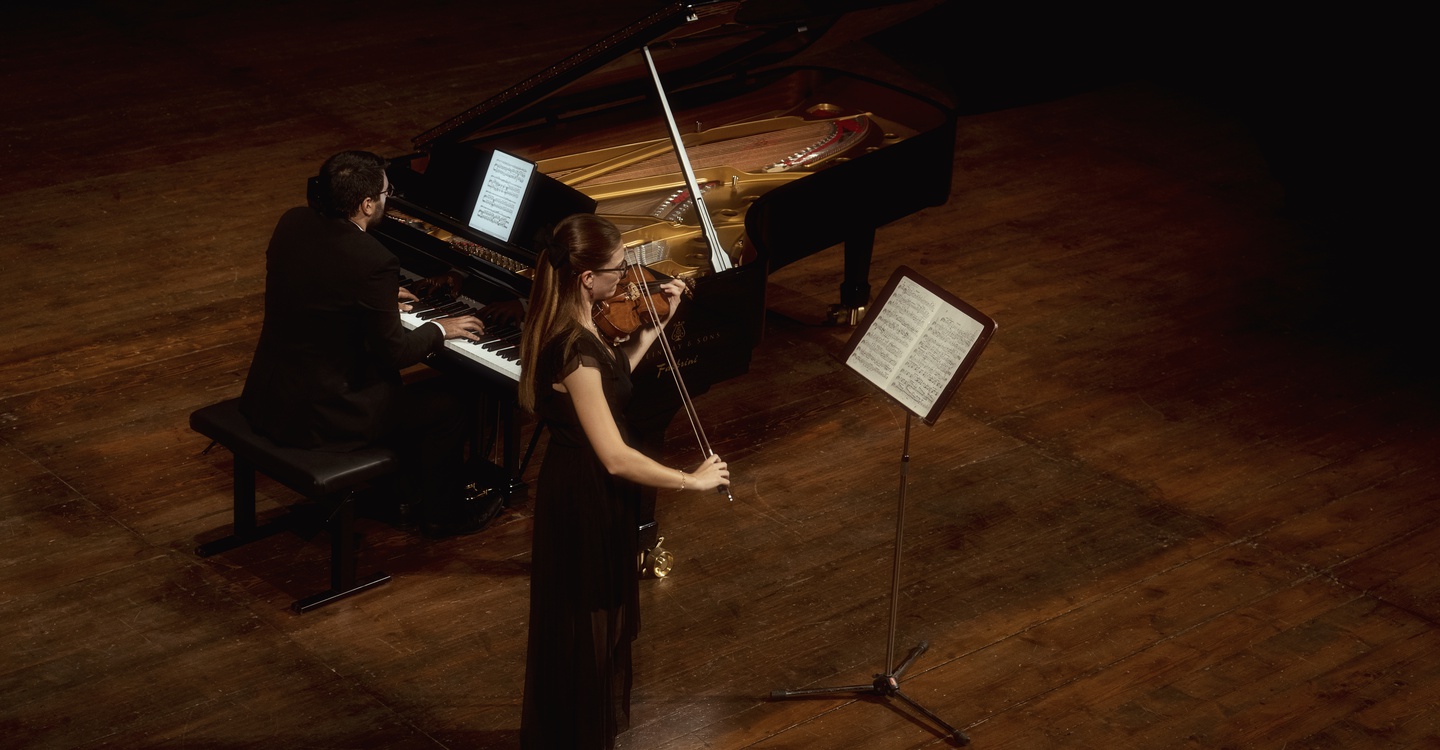 Thursday 2 June at 9:00 pm at the Basilica Sant'Eufemia

The TulipDuo was born in 2016 in Amsterdam, from the union of two young Italian musicians, Eleonora De Poi (Violin and Viola) and Massimiliano Turchi (Piano).

Both graduated in Italy with top marks, they then continued their studies at the Amsterdam Conservatory where they graduated brilliantly in 2018.

Trained by teachers such as Ilya Grubert, Maria Milstein and Frank van de Laar, they won several prizes in International Chamber Music Competitions during their studies in Amsterdam and have performed all over the Netherlands. They have appeared in concert halls and other events in several countries including Holland, Italy, England (Royal Albert Hall), Switzerland and China.

Eleonora graduated in Viola in 2020 with full marks at the Conservatorio "B. Maderna" in Cesena and plays an antique Italian violin from 1673 and a "Sderci" viola which belonged to P. Farulli.