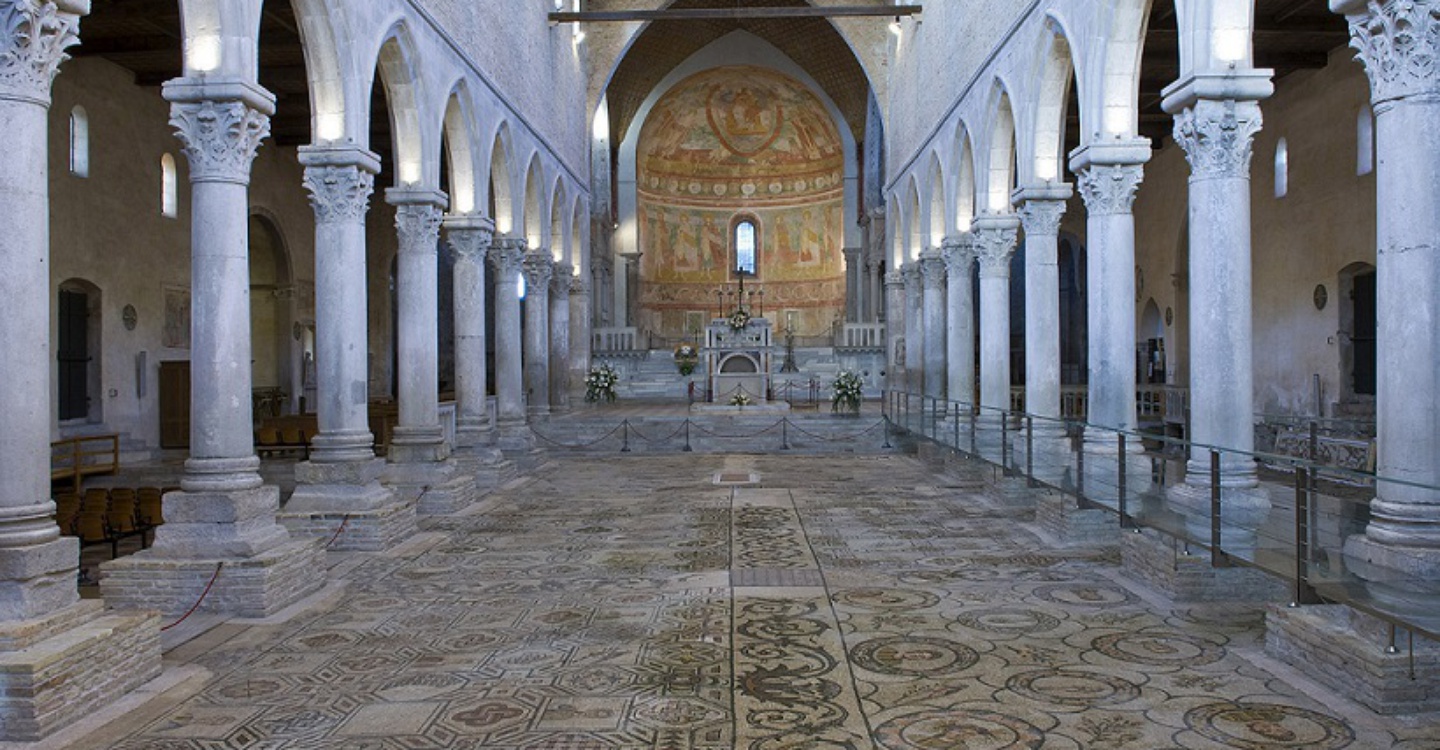 In nearby Aquileia, near the course of the Natissa, high above the one time Roman port that saw the passage of all sorts of exotic goods, stands the mighty brick bell tower of the Basilica, slightly removed from the building, dedicated to St. Mary of the Assumption and Saints Ermacora and Fortunato (among the first Christian martyrs).

It completes the illustrious monument, rebuilt in the characteristic Romanesque style between 1021 and 1031 by Patriarch Popone on the site of an earlier early Christian church, which the inscription refers to Bishop Teodoro (early 4th century).

The interior, rebuilt in Gothic style after the 1348 earthquake, preserves the extraordinary polychrome mosaic flooring of the original church, with its magniloquent and mysterious religious symbolism, as well as other mosaics, frescoes and plastic works spanning almost a millennium of history, documented in part in the nearby Patriarchate Museum.

Today's Basilica is in Romanesque-Gothic style. The interior, majestic and solemn, is permeated with an intense spirituality, refined over the centuries. The elegant wooden ceiling in the shape of a ship's keel dates back to the 15th century; more than a thousand years of historical and artistic events are therefore enclosed between the floor and the ceiling. 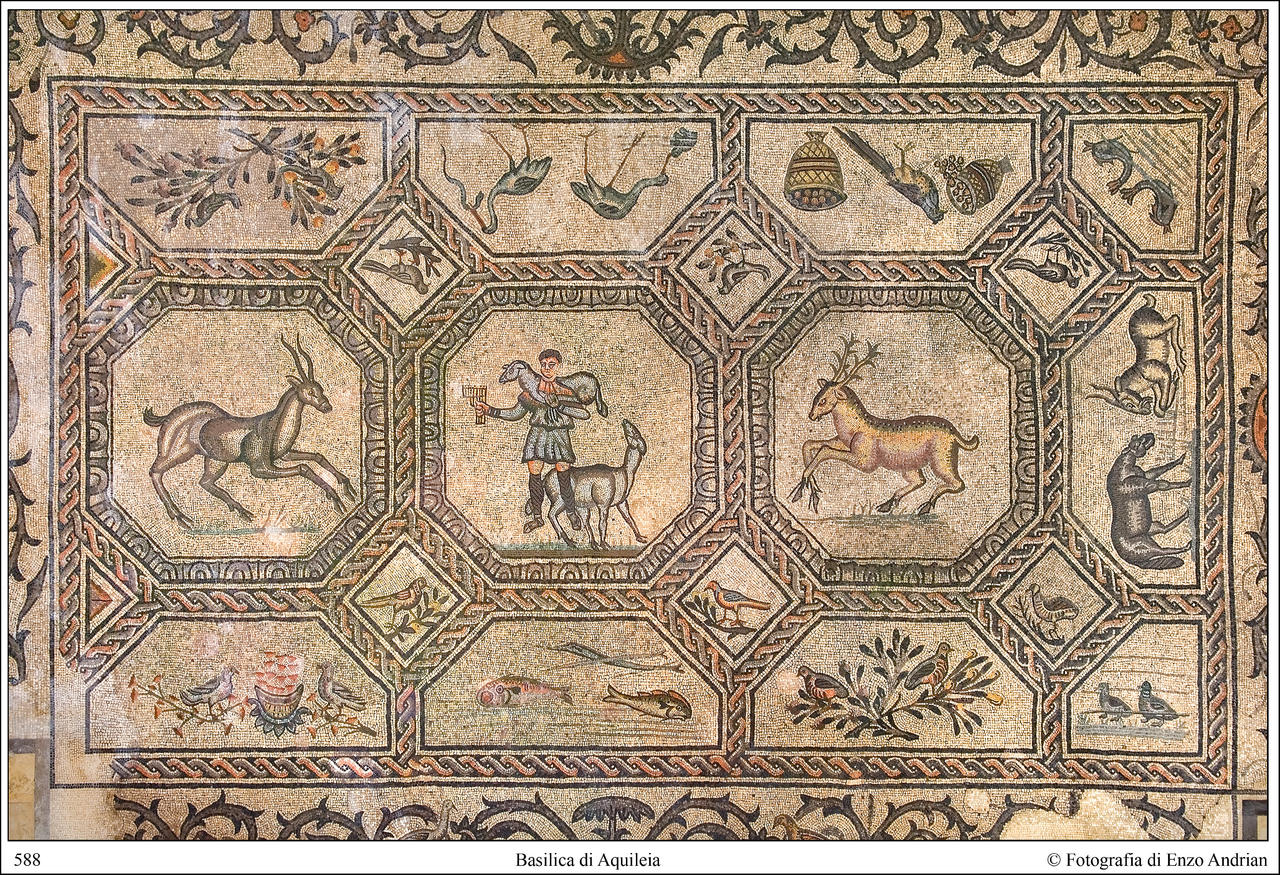 The floor is the largest early Christian mosaic in the western world (760 m²): it would be enough to repay the pilgrim for the long journey to Ecclesia Mater, a World Heritage Site. The mosaic was partially ruined when the columns of the right aisle were put in place; this happened at the end of the 4th century or, according to a different opinion, after the middle of the 5th. The foundations of the columns are visible because in the early 20th century the medieval red and white tiled floor from the time of Patriarch Popone was removed to expose the precious early Christian mosaic; the glass walkways are at the level of the medieval floor. 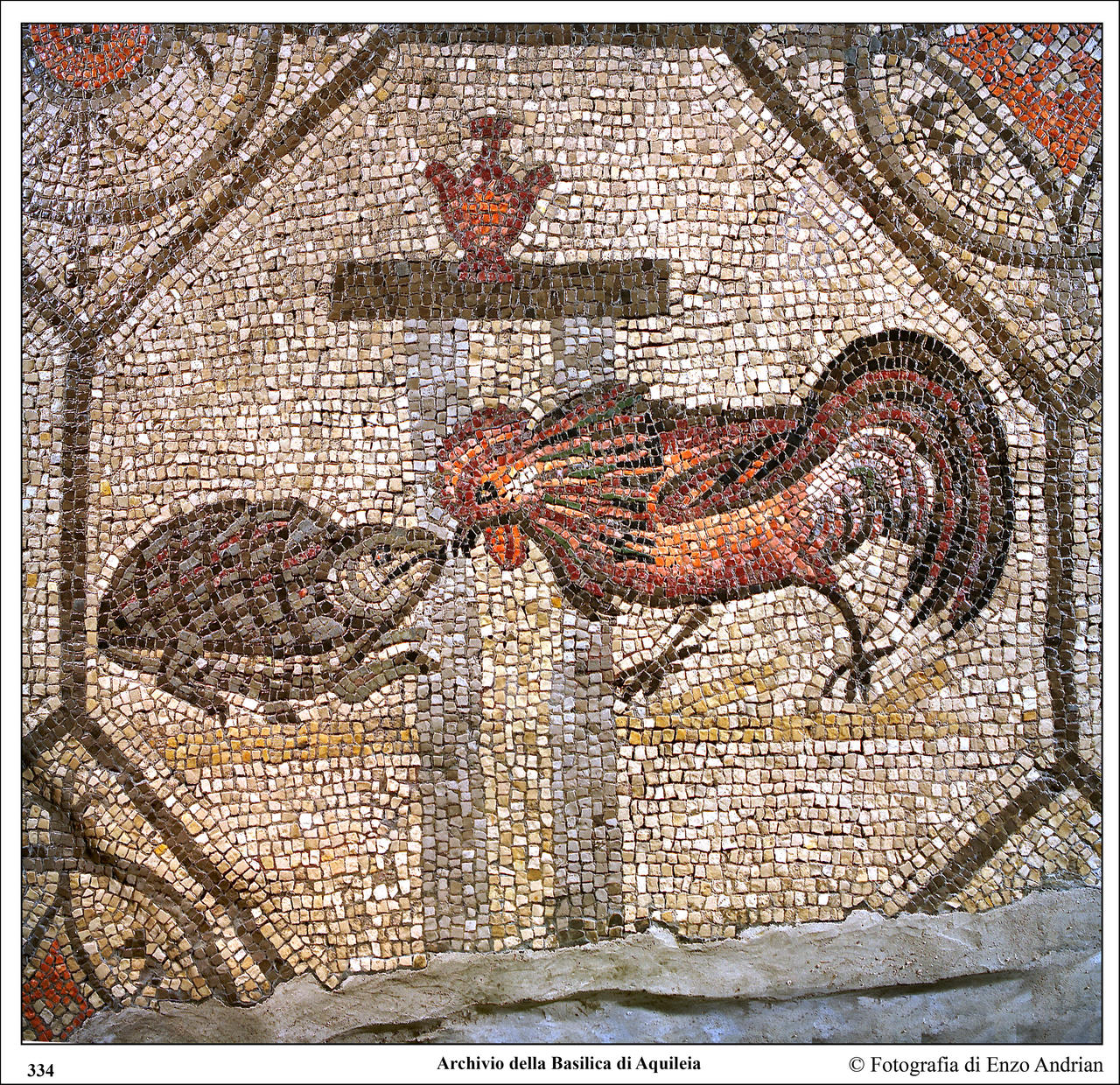 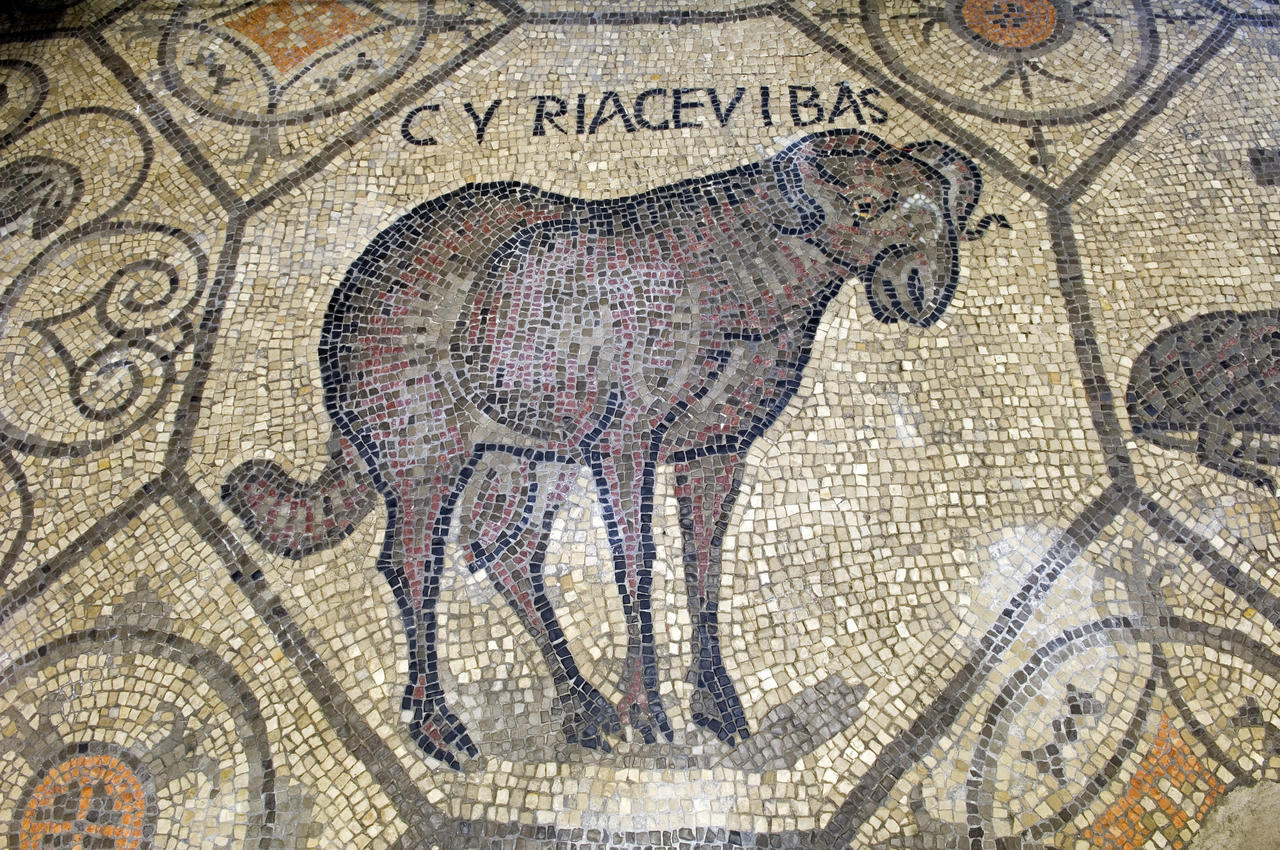 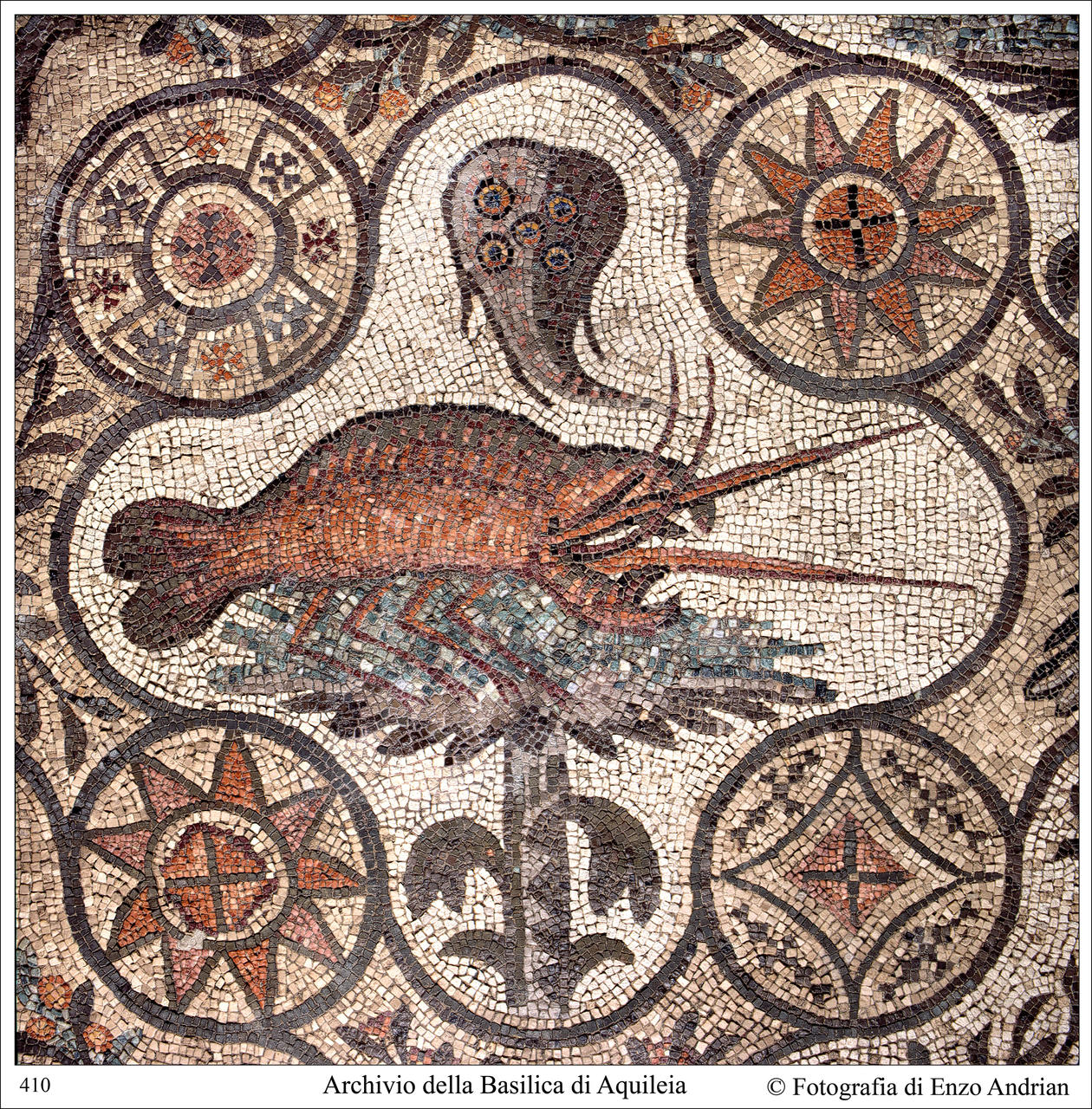 Below the church there are two crypts. The first, at the presbytery, is covered with 12th-century Byzantine frescoes (the most important cycle of Romanesque frescoes in northern Italy). On the vault, nineteen scenes with the Stories of Ermacora tell of the origins of Christianity in Aquileia. 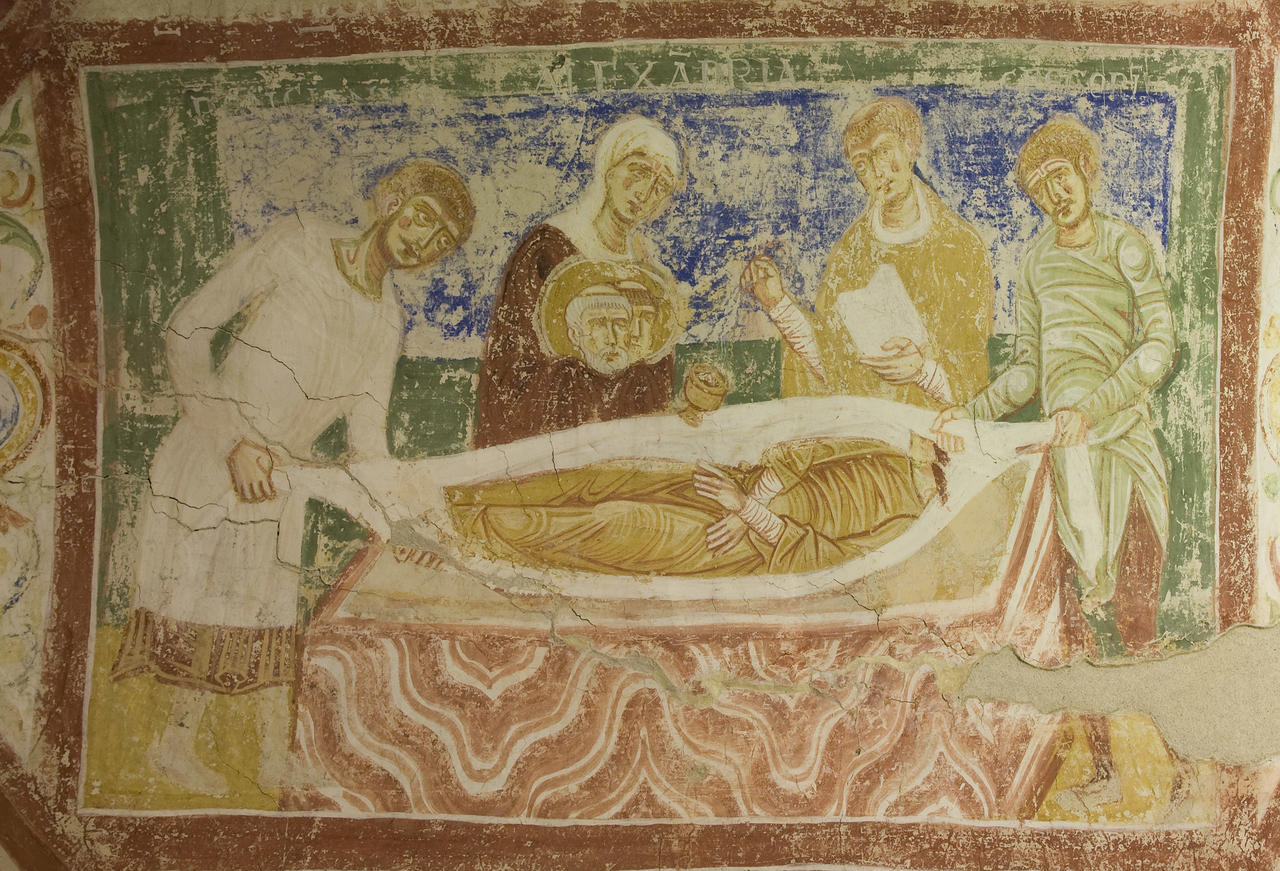 According to tradition, St Peter sent St Mark to evangelise Aquileia, the capital of the Tenth Augustan Region, Venetia et Histria. The four lunettes depict scenes from the Passion of Christ and the Death of Mary; in the pendentives, figures of saints; in the central vault, the Madonna and Child Enthroned among the symbols of the Evangelists and Christ Enthroned among Angels. The second, called the Crypt of the Excavations, allows a journey back in time to the time of Theodore.

Leaving the Basilica, you will find the Church of the Pagans, whose door is directly opposite that of the Basilica, and the Post-Theodosian Baptistery connected to it. On the side, in the Süd Halle (Southern Hall of the Baptistery) you can admire the magnificent mosaic surfaces that cover the area adjacent to the Baptistery. Special protection allows the important mosaic remains to be preserved and visited. The floor, divided into three large rectangular fields, which reproduces the space of the southern hall of the Baptistery, is decorated with motifs referable to the Aquileian tradition between the end of the 4th and the beginning of the 5th century AD.

The evident traces of fire, visible on the surface of the floor, testify to a destructive event whereby the area was abandoned and the mosaic surface damaged by the insertion of limestone burials, as evidenced by the six sarcophagi on display inside the structure.