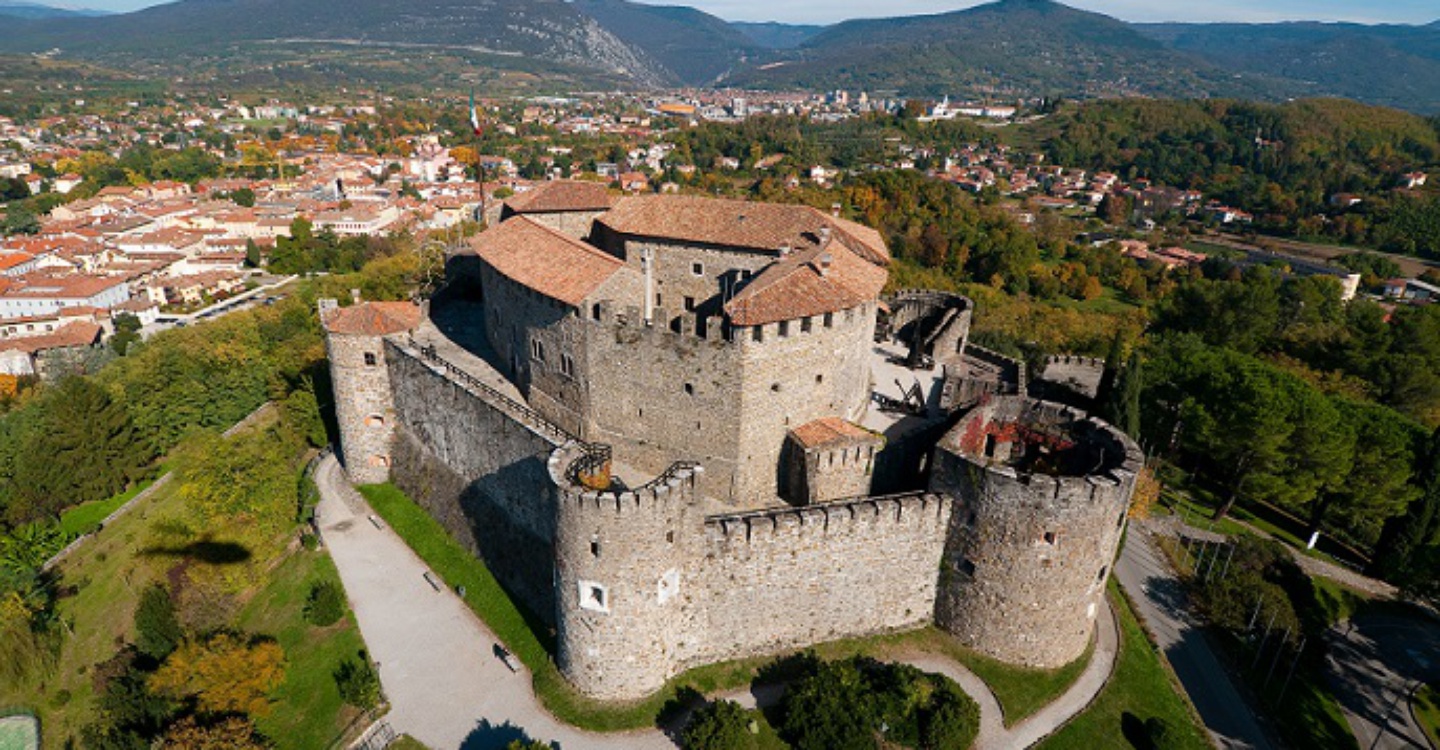 Gorizia, between tradition and modernity

We think of Gorizia and, immediately, the tragic events related to the Great War and the border emerge, which, defined in 1947, broke the city into two.

But today Gorizia is, above all, much more. It is a small city with a great history. It is a special, unique place. Here, more than anywhere else, you can breathe the atmosphere and the magic of that "World of yesterday" evoked in the famous book by Stefan Zweig to explain what was the Habsburg Mitteleurope.

Garden city, overlooking the waters of the Isonzo river, renamed the "Habsburg Nice" as a privileged place for the holidays of the Austrian nobility, Gorizia represents an extraordinary combination of facts and characters.

Those who visit can find signs and testimonies of all this in the monuments, in the tombstones everywhere, and especially in the museums set up in Borgo Castello, built around the beautifully preserved ancient medieval castle. From the castle hill the view dominates the city and its surroundings, stretching towards the picturesque Collio, an area of ​​prodigious vineyards.

Once off the hill, a visit is recommended, through alleys and squares, letting yourself be guided by the case, which at a certain point will lead the tourist to the cloister of the convent of San Francesco, which now houses small restaurants and bars, in an atmosphere of great relaxation.

One of the Gorizian pleasures is precisely that of looking for traditional trattorias, always capable with their flavors and menus of opening the first door to the Balkans, which in fact begin here.

The most ancient and evocative street is Via del Rastello which, with its Austro-Hungarian palaces, leads to the central Piazza Vittoria, once the heart of the German quarter, dedicated in particular to commerce. In a few minutes you reach Corso Verdi, which then continues towards Corso Italia, where the social life of the young Gorizia inhabitants pulsates, in a narrow area around symbolic buildings such as the Verdi theater and the town hall.

In a few steps you reach the area of ​​the Jewish ghetto, established in 1696 and of which the stupendous synagogue remains with a small museum dedicated to Carlo Michelstaedter, brilliant poet and philosopher who died very young in 1910.

Another significant place is Palazzo Coronini Cronberg, which, from 1836, hosted the last king of France, Charles X of Bourbon and his court, in exile in a town near Prague.

Surrounded by a beautiful park, along Viale XX Settembre, it represents one of the poetic points of a city that knows how to be romantic in every place, be it small or large. The palace tells the story of one of the oldest families, arrived at sunset with Count Guglielmo Coronini, a cultured and eccentric exponent of a gentle and extravagant age.

The advice is therefore to visit Gorizia looking everywhere for those who lived there as a true cosmopolitan, giving the city a special soul, thanks to curiosity, multilingualism and cultural openness to all kinds of contributions.

The provincial museums of Gorizia, founded in 1861, are divided into several sections:

- Museo della Moda e delle Arti applicate (Borgo Castello 13) where artifacts relating to the production of silk are exhibited, a leading economic activity in the Gorizia area in the 18th and 19th centuries; ample space is dedicated to the fashion of the Central European Belle Epoque.

Inside Borgo Castello there is also the church of Santo Spirito, completed in 1414, in Gothic style, was in the service of the small village.

All the convenience of visiting with the FVG CARD.

Thanks to this card you will be able to enter, free of charge, children over the age of 12 included in most museums and historical and archaeological attractions not only in Gorizia, but in the whole region.

Valid for 2, 3 or 7 days, it also allows you to enjoy special discounts by participating in guided tours. For € 18, 21 and € 29, you can buy it online, on the website www.turismofriuliveneziagiulia.it, and at the tourist offices located in the main cities and towns of Friuli Venezia Giulia. 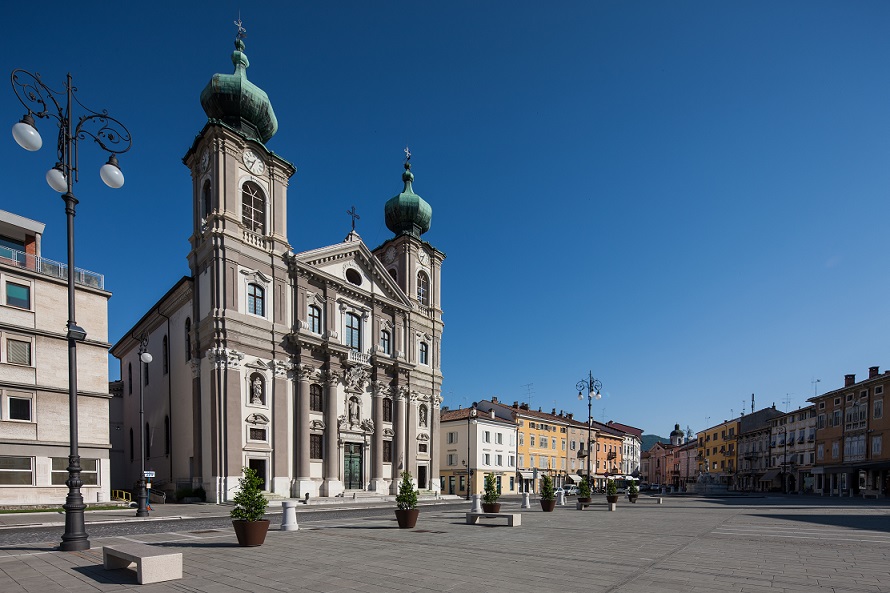 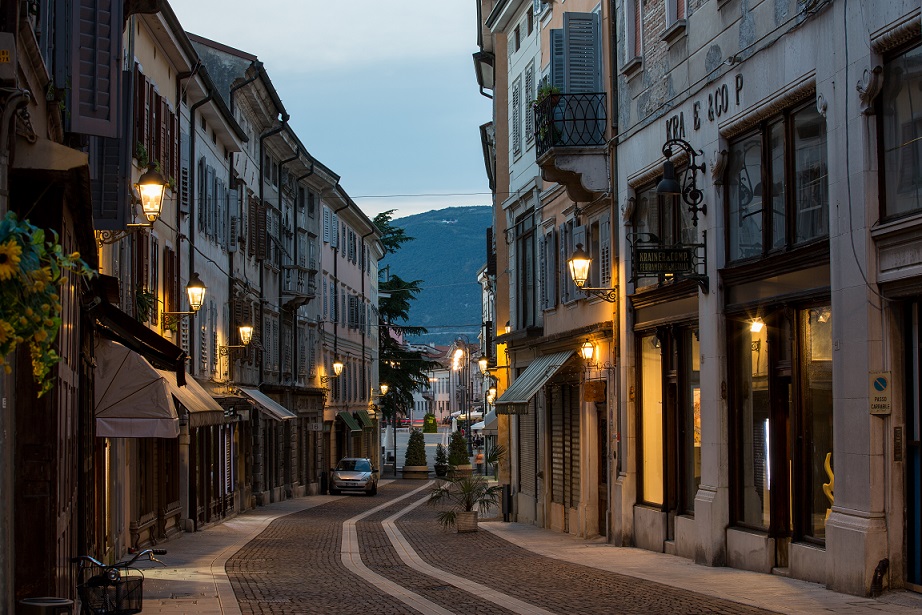 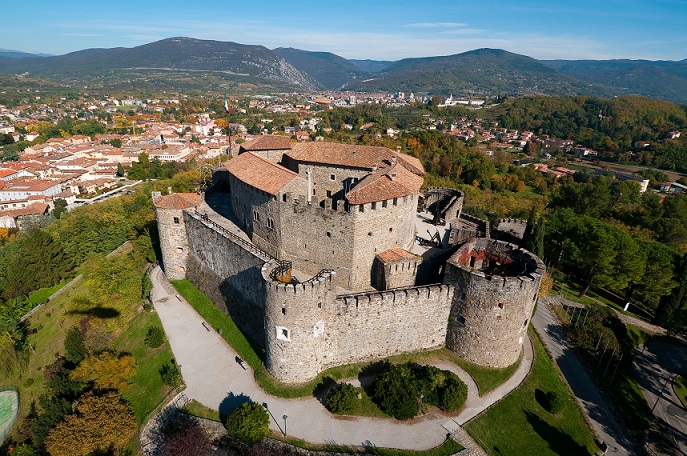 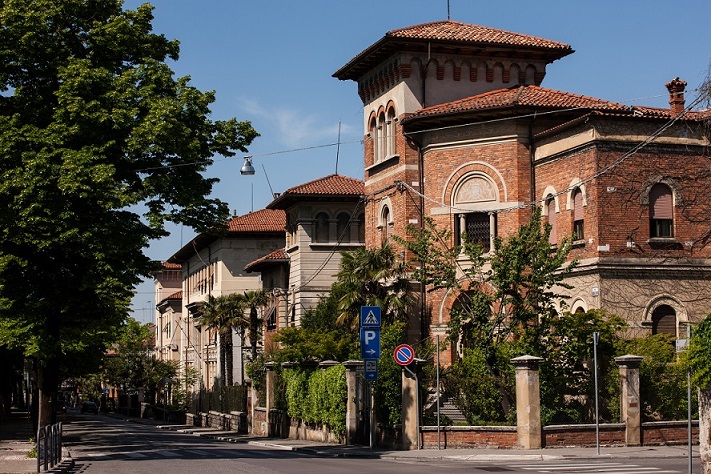