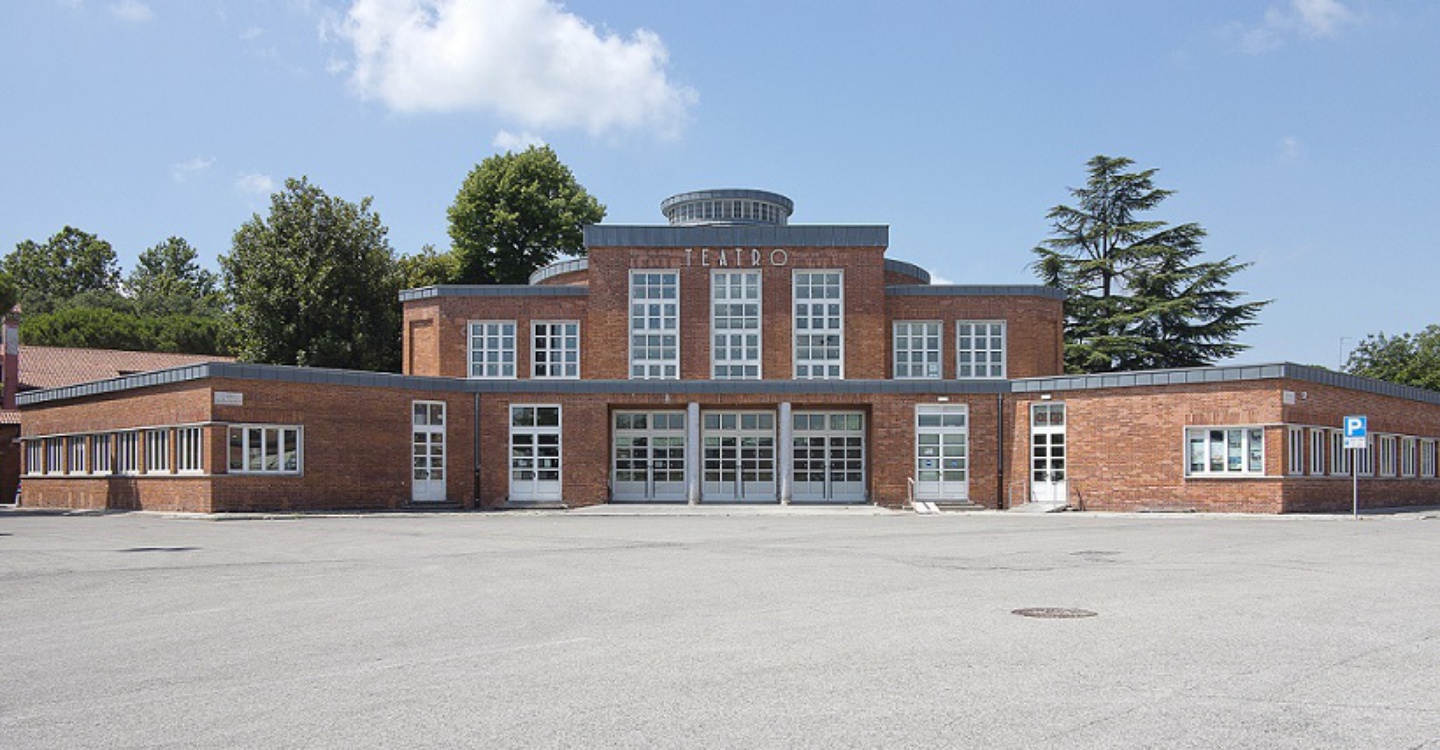 The city of foundation and the metaphysical square

Torviscosa "foundation city" to underline the peculiarity, in the Italian urban context, of these building typologies characterized by regime architecture, rationalist elements and squares inspired by the metaphysical painting of Giorgio De Chirico.In the functional organization of the city of foundation, the square main (today piazza del Popolo, but originally piazza Impero) was the fulcrum of public life. Today as then there are the main buildings of civil life: the arengario, that is the Town Hall, with the characteristic balcony and the tower, the schools, the post office, the shops.

The factory city and the workers' village

Torviscosa: a city built by an industrial enterprise. The desire to organize civil life on the basis of the same rules existing within the factory translates, in the urban planning, into a precise division of the residential areas according to the professional categories. The houses of the managers, the buildings intended for employees and technicians, the houses for industrial workers are located in different areas of the capital, while the most peripheral areas of the Municipality were destined to the agricultural workers.

The oldest part of the industrial structures dates back to the years 1937 - 1940. It includes various buildings corresponding to different purposes, all united by the facades covered with red bricks that recall the English and German industrial architectures. The symbol of the establishment are the two towers known as "lictor towers" due to the shape reminiscent of the beam.

The history of Torviscosa and the industrial enterprise from which the country originated is contained in the Documentation Information Center, the building built by SNIA Viscosa in 1962 as a place of representation to accommodate the delegations of foreign companies that visited industrial plants. Today the CID preserves an impressive heritage of documents, photographs, art objects, films and scale models organized in a series of exhibition itineraries. Of great interest are the 27 large-scale models that reproduce the establishments that SNIA had in Italy and abroad in the 1950s.