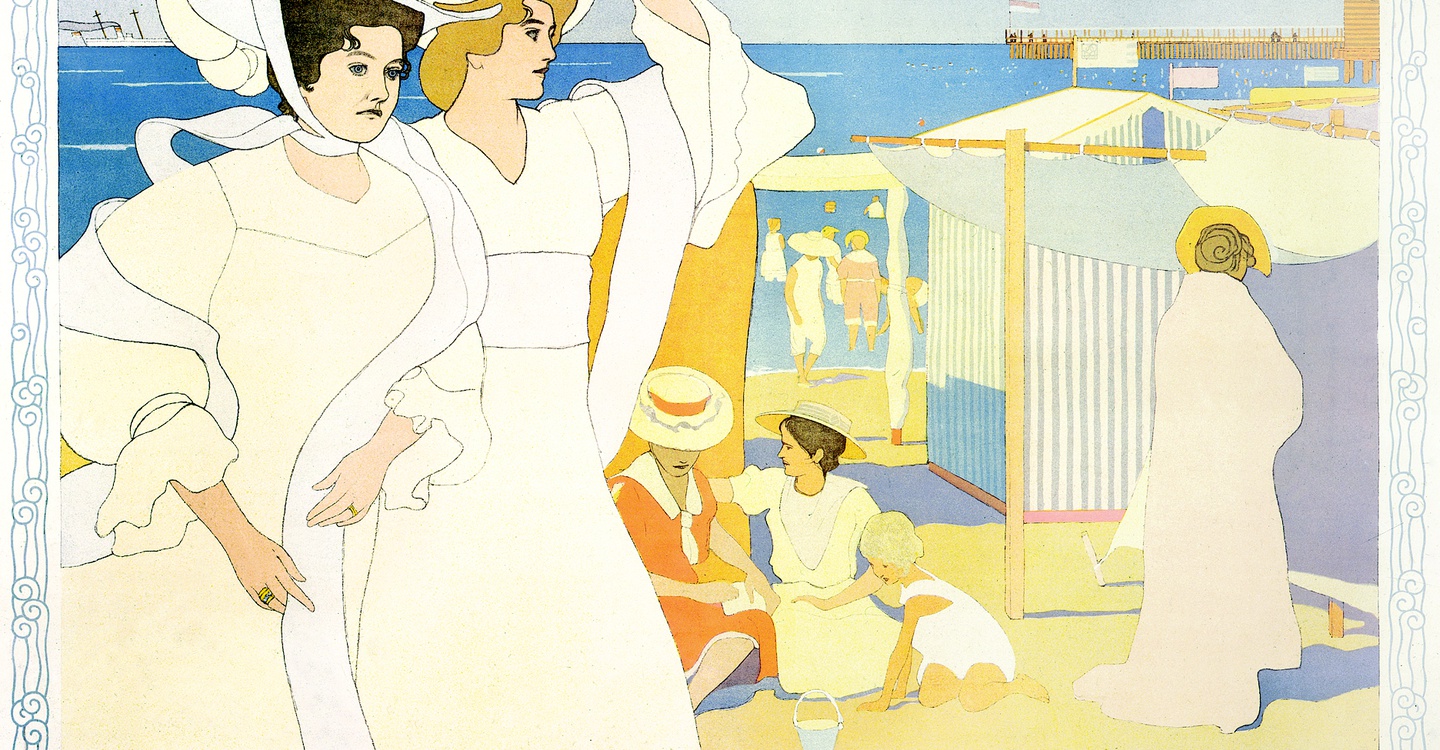 There is all-around wellness on the Isola del Sole, thanks to the “marine

climate” that regenerates the body and mind: a mix of sun, sand and sea water, the beneficial effects of which have been known and appreciated since ancient times.

The effectiveness of sea water was rediscovered during the second half of the 1800s, when classical medicine officially named the sea as an ally for human health, and Emperor Franz Joseph recognized Grado as an official Care Station of the Austro-Hungarian Empire. On June 25, 1892, the island of Grado was awarded the title Care Enterprise with the law of Emperor Franz Joseph, published in instalment XIII no. 15 of the Bulletin of Laws and Ordinances for the Austro-Illyrian coast.

Issued and sent on July 14, 1892, the law was accompanied by the text and regulations that the Lieutenancy of the Littoral, together with the Provincial Council of Gorizia, had promptly issued on July 7, 1892.

Lying between the sea and the lagoon, the island enjoys an exceptional microclimate: limited temperature ranges, high salt-iodine ratio, pure air, high water salinity, southern exposure and the beneficial qualities of sand from the beaches. All this has helped to legitimize the locality as an internationally recognized spa, thanks to its sand bath treatment centre, the only one in Italy.

On June 21, 1873 the administrators and doctors of Gorizia welcomed the illustrious Florentine philanthropist and physician Giuseppe Barellai, in order to verify together the validity of the idea that had been developed and was ready to be started: to create a Marine Hospice in order to take in free of charge the poor
children with scrofula or rickets from the princely County of Gorizia and those from all the provinces of the Empire for sea bath treatments. The positive response of Barellai, a great expert on the subject and founder of numerous charitable institutions, including the first Italian marine hospice (Viareggio 1856), led to the formation of a special Charity Committee with operational powers.

Thus the first curative treatments linked to the therapeutic properties of the sand
and the sea (thalassotherapy) took shape in Grado, a prerequisite for the
recognition of the Care District.

Some highlights in the history of Grado.

Starting in 1892, there was the construction of the new baths facility, an original wooden structure, and in 1896 the entrepreneur Giacomo Fonzari built the first hotel in Grado.

In 1900, Grado was a seaside resort well-known throughout Europe as a health centre: hotels and pensions were built.

The Ville Bianche were constructed between 1900 and 1902, commissioned by Baron Leonardo Bianchi: five villas (in Art Nouveau style) that form an elegant building complex behind the beach and that throughout the century constituted and still constitutes the symbol of the tourist station.

These were followed by the Zipser and Fortino, built in 1903 by the Viennese husband and wife Joseph Maria and Emma Auchentaller, designed by the architect Julius Mayreder and decorated by Auchentaller himself (a talented painter and graphic artist, a founding member of the Secession and illustrator of several issues of Ver Sacrum, the movement’s magazine).

Also Otto Wagner, a giant of the new architecture and founder of the Wagnerschuüle, was a guest of his young painter friend at the Fortino.

In 1905 the “Alla Salute” Hotel-Pension and healthcare facility was built, equipped with hydrotherapeutic facilities and commissioned by the Polish doctor Maurizio Oransz. Grado could be reached by train directly from Prague and Vienna to the Belvedere station, and from there by boat.
On April 24, 1907, a law was issued that made the Grado spa autonomous, thus removing the political and management power of the Municipality of Grado.

In 1914 Grado made a remarkable qualitative leap that was essential to being
accredited as a first-rate seaside town within the Austro-Hungarian empire,
alongside Abbazia, Portorose, Poreč, Laurana, Lussino and Brioni.

In 1929 the convention was signed for the 65-year concession for the autonomous institute (and subsequent transformations) by the Municipality of Grado.

In the transformation from public to private (or at least privately operated) came the idea to create a mixed public/private company; thus on August 1, 2001, the Git S.p.A. GRADO Impianti Turistici S.p.A. was founded.

Promptly following Law no. 2 of 2002, on January 2, GIT Spa took over the management of the beach and seaside spas from the Grado and Aquileia Care and Accommodation Board.

In the reorganization of roles, in February the A.P.T. was transformed into AIAT, today Turismo FVG.