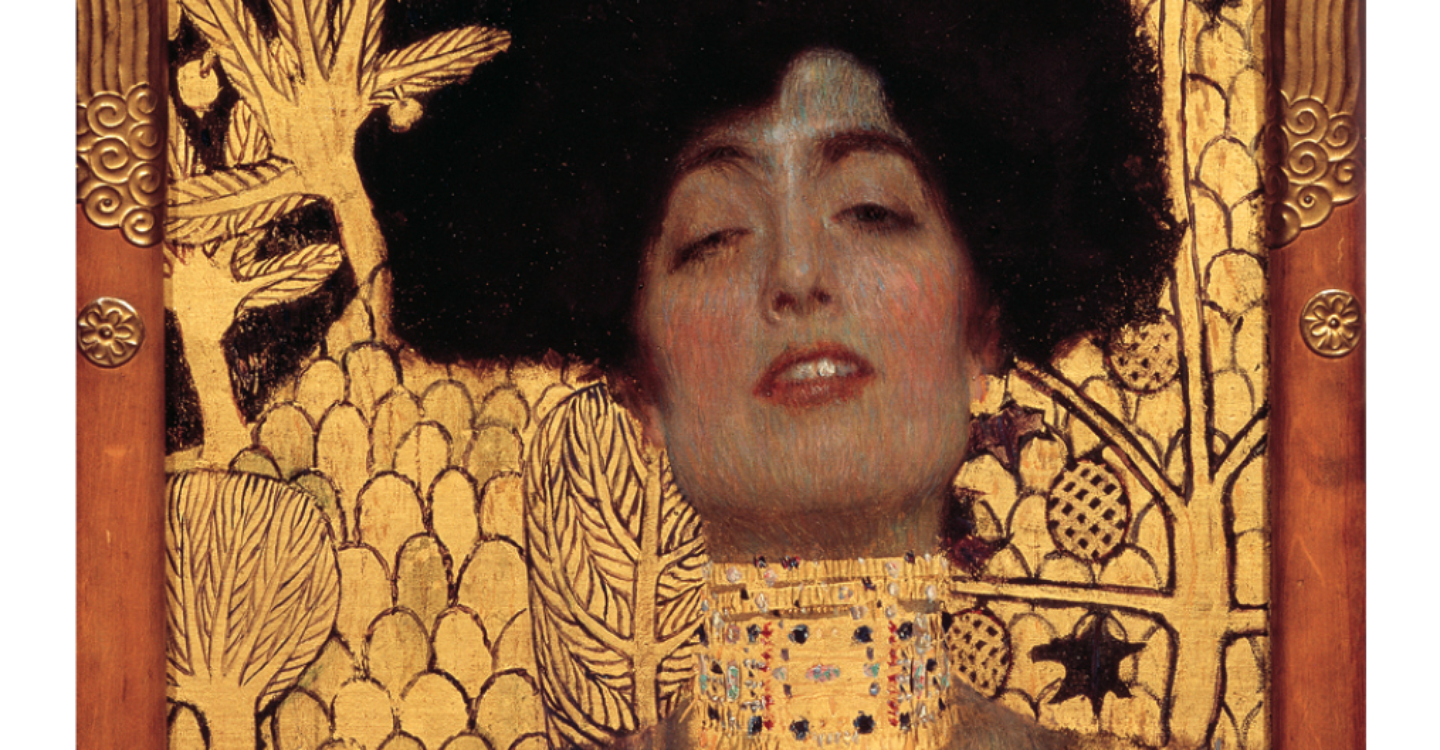 Towards the beginning of the 20th century, the Viennese upper middle class loved spending their summers in Grado. Among them was Adele Bloch Bauer, whose brother Eugen Bauer, with his wife Lily and daughters Mira and Bettina, owned the property on the corner of  Largo San Grisogono and Giardini Palatucci, known at the time as Villa Bauer. It was a building with eclectic stylistic canons, with secessionist stylistic features expressing a very high social status, also considering its location at the intersection of streets that formed the promenade near the beach. The building housed Moritz Fürst's souvenir shop on the ground floor and came alive in the summer by hosting artists. There was no lack of social connections with leading figures from the capital who stayed at Emma Auchentaller's Pensione Fortino. Villa Bauer was demolished in the 1980s.

Adele Bloch Bauer, daughter of the entrepreneur Moritz Bauer, general director of the Wiener Bankverein, and wife of Ferdinand Bloch, son of Baron Bloch at the time an important sugar industrialist of Prague origin, was a very wealthy and cultured woman with interests in foreign literature and particularly in art, but she could not attend university as it was unacceptable for women of her time. She lived in Vienna alongside her husband in luxury and in a network of social relationships woven between politicians, intellectuals, writers, composers and artists, but she was not simply the 'Wiener Salondame', the lady of the house: she was politically committed, idealistic, social democratic, non-religious, with clear opinions but no right to vote. In turn-of-the-century Vienna, Adele presented herself as 'a socialist society lady', or as her granddaughter Maria Altmann remembers her, 'She was today's woman in yesterday's world'.

Adele together with her husband Ferdinand soon began to support the artist Gustav Klimt financially and unconditionally. The artist made a drawing of Adele as early as 1900, but it was in 1901 that he sublimated her as a model for his 'Judith', which he presented in Vienna at the 10th Secession exhibition.

The relationship between Adele and Klimt became more and more assiduous and intimate, so much so that the artist - after one hundred and fifty sketches - dedicated a portrait to her in 1907 (commissioned in 1903 by her husband Ferdinand for their wedding anniversary) in which Adele herself became a Jewel- Woman, set in precious material and brilliant colours, representing the height of the artist's golden age. This was followed by another portrait in 1912, very different from the previous one, in which she appears as an elegant woman dressed in the fashion of the time, which consecrated Adele Bloch-Bauer as the only person Klimt portrayed twice.