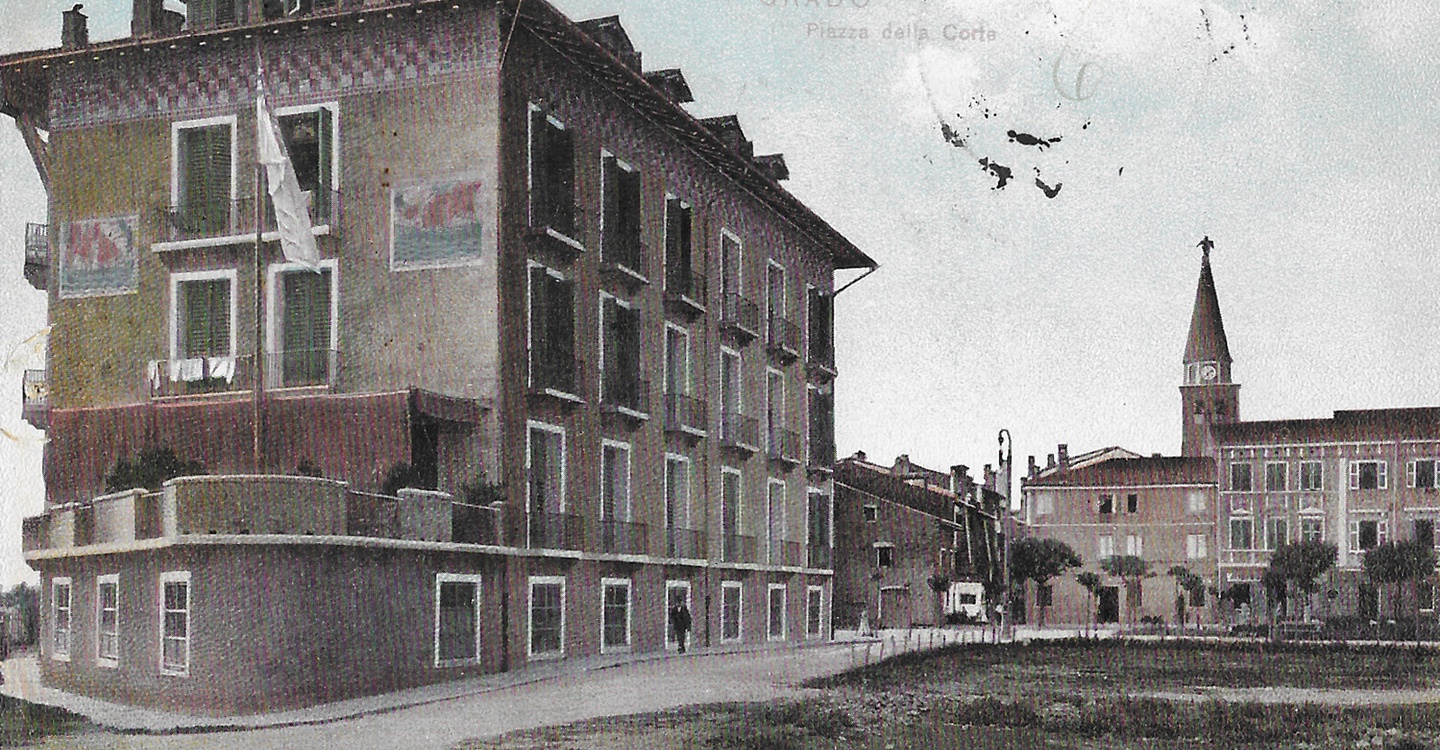 J.M. Auchentaller was an Austrian painter and engraver. He trained at the Technische Hochschule and the Akademie der bildenden Künste in Vienna where he won numerous prizes and awards. Between 1892 and 1896, he moved to Munich where he came into contact with the German city's secession: he collaborated with the magazine 'Jugend' and completed his artistic maturation in 1897, making his first trip to Italy, documented by many drawings and studies. He personally participated in the founding of the Viennese Secession, taking on both artistic and organisational roles, in particular contributing to the magazine 'Ver Sacrum'. He was part of the editorial board in 1900 and 1901, producing several covers and a large number of illustrations mainly inspired by floral motifs strongly influenced by Japanese graphics. The eighth issue of the fourth year (1901) was entirely dedicated to his works, and in the same year he decided to move, with his wife Emma Scheid and their children Maria and Peter, to Grado, contributing in the following years to the tourist development and promotion of the seaside resort where he stayed for many months of the year. In 1903, on the initiative of his wife Emma, they started running the Pension Fortino, designed by architect Julius Mayreder and decorated by Josef Maria with frescoes. Leaving the Secession in 1905, as Gustav Klimt did in that year, Auchentaller isolated himself from the Austrian art world and devoted himself mainly to portraits and landscapes.

For the tourist destination, Auchentaller produced the famous Seebad Grado poster in 1906. Österreichisches Küstenland, characterised by strong Jugendstil accents and still used today to promote the image of the seaside town due to its eloquent portrayal of the wealthy Viennese bourgeoisie who, partly thanks to the Viennese couple, had begun to frequent the Adriatic island. Here, the artist would devote himself mainly to landscape painting and portraits, not failing to devote himself to his favourite graphic work in the following decades, also producing a valuable, richly illustrated guide to Grado and numerous town views. Auchentaller died in 1949 in Grado, where he is buried with his wife. It is only recently that the figure of the Austrian artist has been given a critical reparation worthy of his merits, consecrated also on a literary level thanks to the passage dedicated to him by Claudio Magris in "Microcosmi" (taken from: Dizionario Biografico dei friulani: https://www.dizionariobiograficodeifriulani.it/auchentaller-josef-maria/ Massimo Degrassi).

His wife Emma was not only a skilled businesswoman, but also a benefactor: she did not forget the frail children of the Hospice Marino to whom she regularly donated sums of money. A polyglot (she spoke four languages: Italian, German, French and English), she was above all a forerunner of new scenarios in which women were gaining self-awareness and filling roles once only played by men.

"We are fascinated and pleasantly surprised about Grado. The journey to this place was expensive, but we are sincerely compensated because it is really worth it! Grado also offers many opportunities for Pepi (JMA) to paint. Already by early afternoon of our arrival he is painting. In the morning we go bathing, then the walks, the games with the sand [...] the pleasure of rolling on the sand [...] it's all so wonderful. For children, one cannot imagine a more beautiful and ideal place. On Maria you can already see the beneficial effects [...] there is no comparison on her appetite now. We have taken a private flat with a view of the sea, we eat at the Marchesini house or the Fonzari. We are very happy' Emma wrote to her parents G. Adam and Hermine Scheid on 3 July 1900 (extract from 'Eros e bellezza preludio della fine, 1822-1914 Vienna-Grado' by Marina Bressan published by Grado Impianti Turistici).