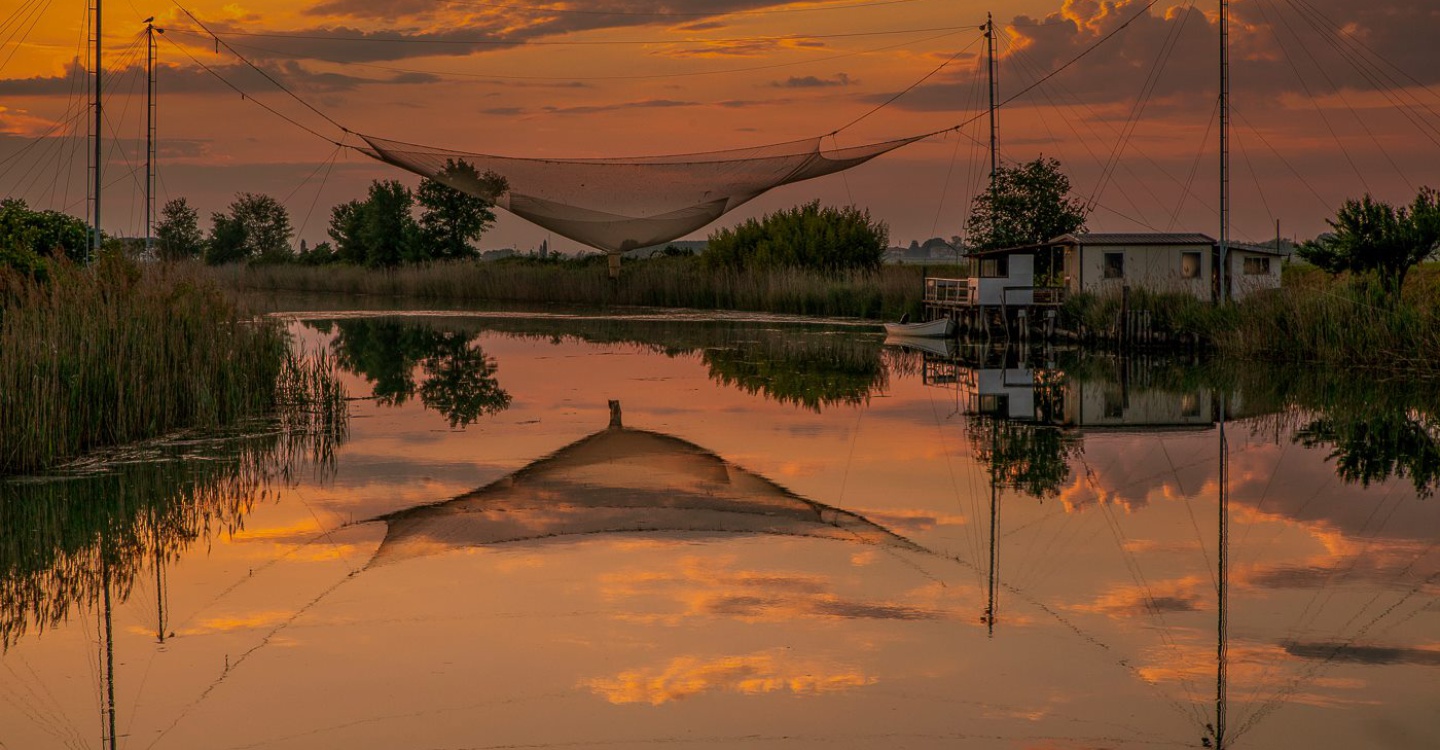 The hamlet of Fossalon is part of the municipality of Grado lying in the hinterland, a fertile agricultural area reclaimed during the first half of the 20th century.

After the Second World War, this vast area, together with Punta Sdoba, remained semi-isolated from Grado until the economic and tourist boom of the area around Gorizia and Monfalcone led to the construction of a bridge over the Primero canal.

At this point, Fossalon and the north-east came closer.

The square area on the Grado laguna holds two Nature Reserves, which protect its biodiversity.

The Valle Cavanata Nature Reserve, one of the largest fish farming areas, was declared a “wetland of international value” (Treaty of Ramsar 1976) and holds over 260 species of migratory birds in 327 hectares.

The Foce dell’Isonzo Nature Reserve, together with the area of Caneo and Cona Island, measures 2,400 hectares. The reserve lies along the final 15 km of the River Isonzo and has been recognised as the best area in Italy for bird watching.

Both Nature Reserves can be visited all year round and are equipped for excursions on foot or by bicycle. They offer opportunities to take part in educational workshops and guided tours. You can also ride the white horses of the Camargue on the Isola della Cona.

The countryside around Fossalon grows award-winning, top quality vegetables and asparagus (Asparagus Festival in the second half of April)?