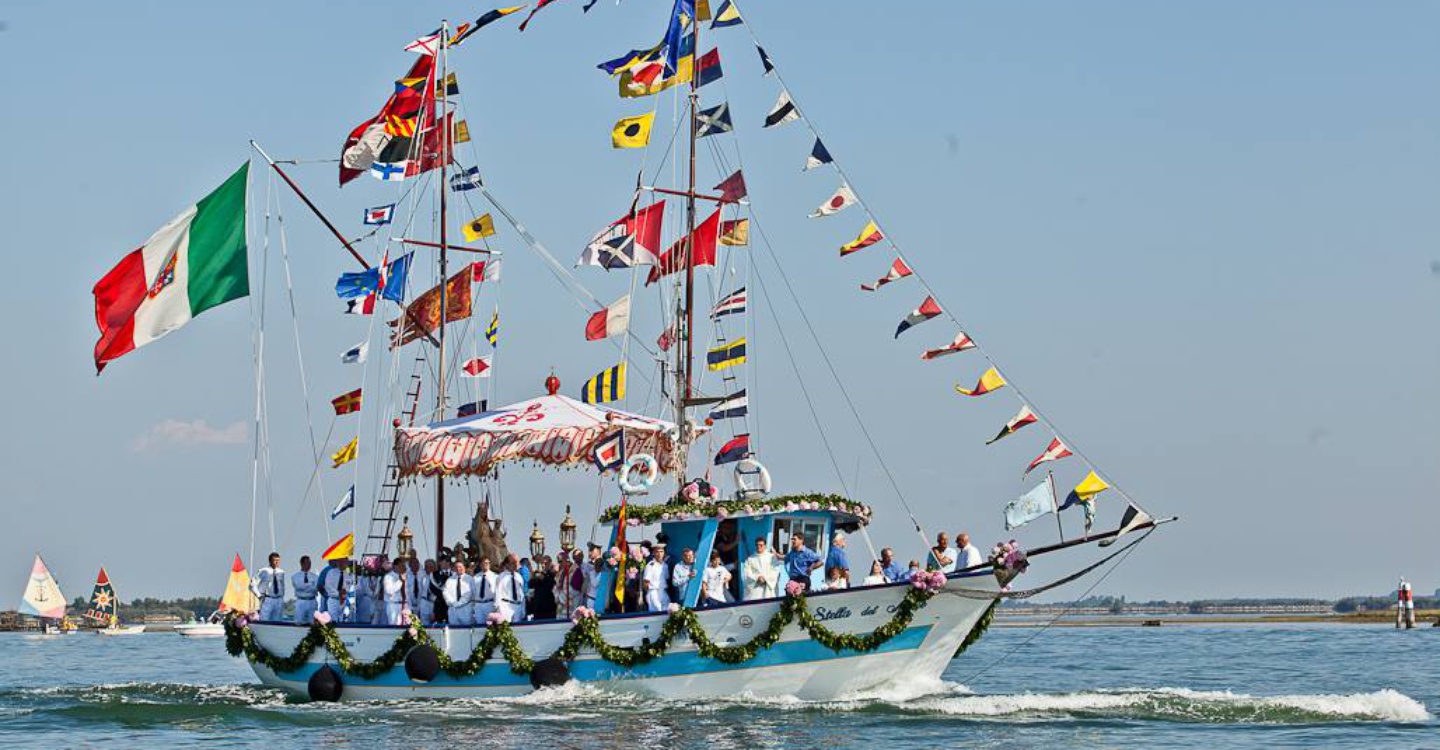 Enjoy popular traditions.
“Sabo Grando” (an expression in the dialect of Grado, which means great Saturday) is a very popular event, which marks the beginning of the celebrations for the renowned boat pilgrimage of the “Perdòn di Barbana”, the main religious tradition in Grado, held on the first Sunday in July.

On this special Saturday, the marine town changes look and dresses with lights, sounds and colours; everyone gets ready to rediscover the ancient popular traditions. The exhilarating, popular festivities take place amidst music, dancing and performances, which continue late into the night.

Discover the religious procession on the boats.
The religious tradition behind the “Perdòn di Barbana”, on the other hand, has historic roots dating back to the distant 1237, when Grado was hit by a terrible  plague, the worst which had ever befallen the area in the Middle Ages and in modern times. The “Perdòn di Barbana” began  as a thanksgiving  to the Madonna for having ended the plague. That year, the people of Grado promised they would carry the statue of the Madonna by sea from the Cathedral to the Sanctuary of Barbana as a thanksgiving to remind them of the end of that deadly epidemic.

Nowadays, an impressive procession of boats draped with flags and garlands continues to cross the lagoon from Grado to the Island of Barbana on the first Sunday in July. The procession of Barbana by sea begins early in the morning and is led by “Stella del Mare”, the boat carrying the statue of the Madonna degli Angeli, usually kept in the Basilica of Sant’Eufemia.

The swingbridge connecting Grado to the mainland is opened for the occasion and the town authorities give the friars of Barbana a symbolic gift.
Events, meetings and entertainment are organised during the days before the festival weekend to introduce and accompany the festivities of “Sabo Grande“ and  “Perdòn di Barbana”, which are the largest and most popular festivals in Grado.