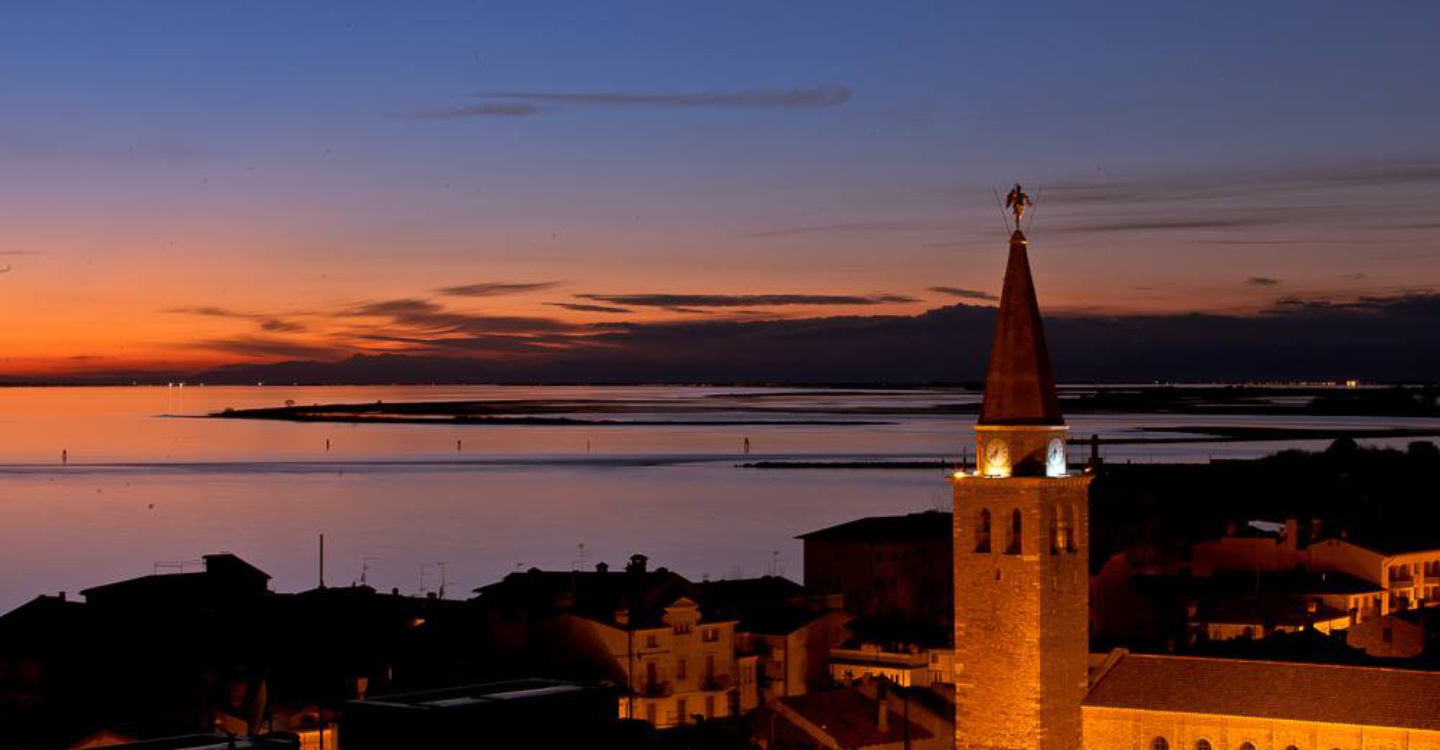 The Basilica di Santa Eufemia, in particular, holds evidence of fourteen centuries of history: the Roman ambo, the fourteenth century, silver, Venetian altar piece, the marvellous floor mosaic and apse with its Gothic fresco of the Glory of Christ.  On the south side of the Basilica stands the mediaeval bell tower, topped by the almost three-metre high angel weathervane (l’anzolo), a gift from Venice and now the symbol of the entire community of Grado. Leaving by the west side, you pass through a garden bordered by a long portico, where epigraphs, sarcophagi and sculptures of the Lapidarium have been placed.

The octagonal Baptistery with its hexagonal pulpit rises on the north side of the Cathedral and dates back to the second half of the 6th century AD.

Grado’s second Palaeo-Christian church lies in Campo dei Patriarchi: Santa Maria delle Grazie, with its characteristic, rectangular base and beautiful, twin-level, mosaic floors.
Restoration has brought to light the Roman remains in Biagio Marin square, which can be enjoyed as you stroll along the alleys of the old town.